How Much Fentanyl Does it Take to Overdose? 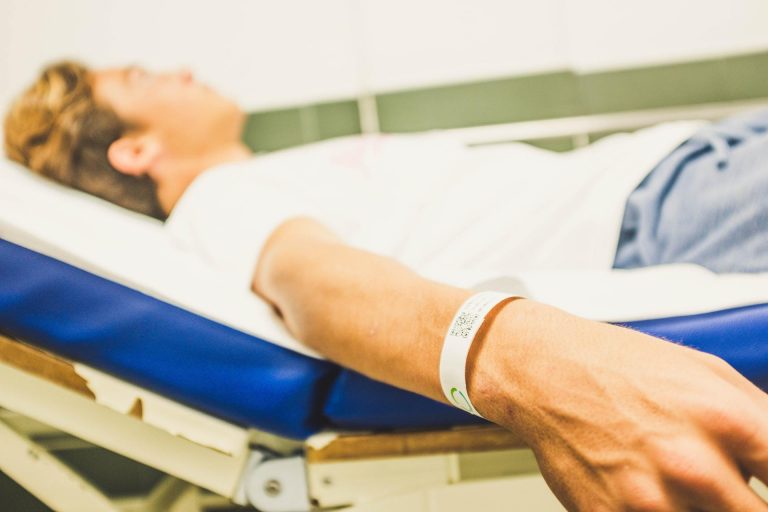 Prescription fentanyl is an opioid medication that is most commonly prescribed as an analgesic. Given its potency, it is an effective way for medical practitioners to treat severe and chronic pain. Its medical uses range from treating the symptoms of chemotherapy for cancer patients and as a general anesthesia during major surgeries.

Prescription fentanyl is available in multiple formulations, including a transdermal fentanyl patch and sublingual formulations that include the fentanyl lollipop, fentanyl pills, and the fentanyl tablet. These different routes of administration allow medication practitioners to prescribe correct fentanyl dosages with a high degree of precision.

Unfortunately, because the drug is so potent, fentanyl has a high rate of misuse and abuse. There is also a thriving market for illicitly produced fentanyl; this market allows recreational drug users to buy fentanyl online and on the streets. As with any opioid drug, the greatest danger that people face, whether they take prescription medical-grade fentanyl or illicit fentanyl, is the possibility of a life-threatening overdose.

How Strong is Fentanyl?

Fentanyl potency far exceeds that of other opioid drugs. While the drug’s potency makes it an effective pain treatment for severe cases, it is also the reason why fentanyl and prescription opioids have overtaken heroin as the leading cause of overdose in the United States. The potency of opioids is generally judged by comparing them to morphine, which is considered the standard by which other opioids are judged.

Is fentanyl stronger than morphine?

Most people intuitively understand that fentanyl must be stronger, given its reputation as a harmful opioid. But how much stronger is fentanyl than morphine? The strength of fentanyl can vary, but prescription fentanyl is generally 50-100 times stronger than morphine. To put that into perspective, morphine is frequently used to treat the pain associated with going into labor and heart attacks.

Since fentanyl is incomparably stronger, gauging dosage incorrectly can be fatal. The most commonly prescribed formulation of fentanyl is the fentanyl transdermal patch, which treats chronic pain by delivering a precise dosage at a steady rate over a 48 to 72 hour period. Fentanyl patch doses range from 12, 25, 50, 75 and 100 micrograms per hour.

Doctors generally select a dosage based on a range of factors, including a person’s general health, tolerance to opioids, and their susceptibility to addiction. Taking fentanyl at the prescribed dosage under careful medical supervision is unlikely to lead to overdose.

Even taking fentanyl at the prescribed dose, however, can lead to physical dependence and addiction, and individuals who develop opioid use disorders can be tempted to manage their own intake of fentanyl. Fentanyl misuse and abuse can be as simple as taking increased quantities of the drug or taking it more frequently. Recreational drug users who suffer from fentanyl addiction frequently alter the drug to make fentanyl injection or fentanyl smoking possible.

The alternative routes of administration allow people to experience the effects of fentanyl more quickly and at a higher intensity. However, fentanyl patch strengths that are recommended by a doctor cease to be safe when users remove the gel on the backside of the patch to inject or smoke it.

The fentanyl contained within the transdermal patch’s gel is meant to be taken over a prolonged multi-day period, and when it is consumed all at once, an overdose is all but inevitable.

A great deal of fentanyl abuse also occurs inadvertently. Drug dealers who are looking to cut costs frequently add fentanyl to other drugs, such as heroin or crystal meth. Individuals who have developed a tolerance to heroin may be able to avoid overdosing if the continue to take the exact same dose of heroin every time, but heroin cut with fentanyl can be overwhelming and rapidly lead to a fatal overdose.

However, the potency of fentanyl as an opioid isn’t the only issue. Drug interactions, such as combining fentanyl and alcohol or fentanyl and stimulants, also have uniquely dangerous effects. When fentanyl is mixed with other substances, either deliberately or inadvertently, the result can be a fatal overdose.

Ultimately, it is difficult to say with any certainty exactly how much fentanyl it takes for a person to overdose. Different individuals have different levels of opioid tolerance, and a person’s general health, age, and even sex can determine what they are capable of handling. The route of administration also has a considerable effect, with quick-acting formulations of fentanyl increasing the chances of overdose.

It should also be noted that fentanyl obtained on the black market is itself notoriously unpredictable, with some illicitly produced fentanyl analogues, such as carfentanil, having potency levels that exceed morphine by 10,000 times.

In the United States, over 31,000 people die every year from overdosing on synthetic opioids, especially fentanyl and its analogues. Many of these lives can be saved by treating overdoses as they are happening and making sure that individuals who suffer from addiction have access to long-term treatment. Naloxone, which is sold under the brand name Narcan, can reverse an overdose as it is occurring. However, without a quality addiction recovery program, it is likely that a person will return to fentanyl abuse shortly afterwards.

Fentanyl lollipops are used to treat pain in cancer patients and chronic pain.

The lollipops are made with a non-toxic fentanyl formula that is safe enough to lick and suck on.

This is not just a one-time experiment. Due to the FDA’s strict guidelines for producing inhalable drugs, this kind of medication delivery system will soon become more popular in America.

Design for Recovery, a structured sober living program in West Los Angeles, provides young men with a safe and supportive environment to develop a strong program of sobriety. Young men at Design for Recovery work daily to develop the tools and skills they require to avoid relapsing. As a community, they also take steps toward building lives for themselves in sobriety that surpass any expectations they might have previously had.

Design for Recovery offers a guide for living, and residents strive to cultivate character traits such as responsibility, honesty, accountability. At Design for Recovery, residents achieve far more than long-term sobriety, they build lives for themselves that are prosperous, joyous, and free. If you are interested in finding out more about what it takes to free yourself from the vicious cycle of fentanyl addiction, reach out to us today.