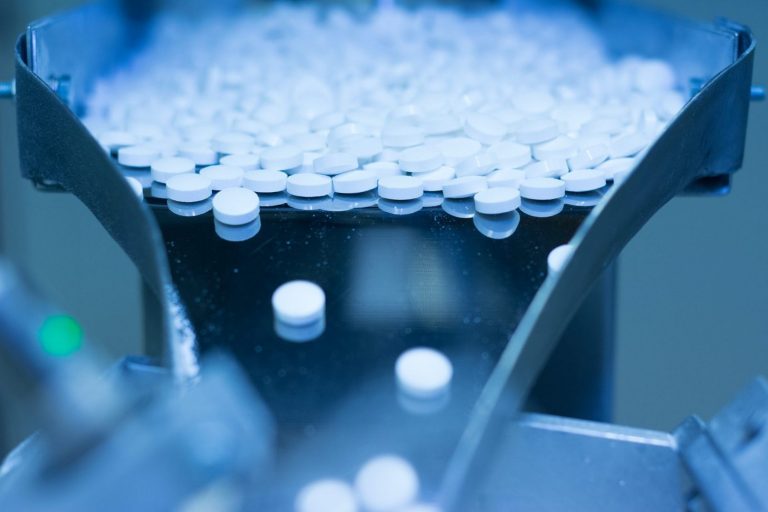 Fentanyl is a Schedule I opioid drug that is currently playing a pivotal role in the United States’ opioid epidemic. In 2018 alone, opioid-involved overdoses took 46,802 lives in the United States, and a significant portion of those deaths can be attributed to fentanyl, a powerful opioid that is 50-100 times more potent than morphine.

Fentanyl is a synthetic opioid that is manufactured entirely in the lab. Unlike natural and semi-synthetic opioids that are ultimately derived from the opium poppy, synthetic opioids mimic the chemical structure of opioids but are produced using artificial processes by trained technicians. Fentanyl was first synthesized by a Belgian physician named Paul Jannsen. He synthesized the drug by screening meperidine, another fully synthetic opioid, for its most powerful opioid components. Once this powerful opioid was developed, it would only be a matter of time before it became available in many formulations.

Soon after fentanyl was initially synthesized, McNeil Laboratories, a subsidiary of Johnson & Johnson, began producing fentanyl citrate. Released in 1968, under the brand name Sublimaze, a fentanyl citrate injection provided extreme pain relief. As such, it was used primarily as a general anesthetic. Since general anesthetics like fentanyl are mainly used during invasive surgeries and other demanding occasions, fentanyl did not at first enjoy massive popularity.

However, in the 1990s, Paul Jannsen’s company, Jannsen Pharmaceutica, introduced the fentanyl transdermal patch. The fentanyl patch, which was branded the Duragesic Patch, offered people a way of treating severe chronic pain. Jannsen Pharmaceutica’s Duragesic Patch contained fentanyl mixed with inert alcohol in the form of a gel. Individuals could wear the patch for periods lasting between 48 and 72 hours.

Unlike fentanyl citrate, fentanyl patch doses were not quick-acting. Rather, they delivered a slow and steady regular dose of fentanyl through the skin and into the bloodstream over the course of days. The development of the fentanyl patch revolutionized the treatment of extreme chronic pain, and it also marked the beginning of fentanyl’s mainstream popularity.

Shortly thereafter, in 1998, Jannsen Pharmaceutica produced a new fentanyl product, Actiq. Sometimes known as the fentanyl lollipop, Actiq contains a mixture of fentanyl citrate and inert fillers. This sublingual formulation of fentanyl delivers a quick-acting dosage of fentanyl for people who are suffering from sudden-onset breakthrough pain.

A number of other sublingual formulations of ingredients in fentanyl are now also manufactured, ranging from fentanyl pills to fentanyl tablets. These products are produced by lab technicians working for a variety of pharmaceutical companies, and they are released under disparate brand names.

While prescription fentanyl is produced for doctors who are hoping to treat severe and chronic pain, there is also significant demand for fentanyl as a recreational drug. Due to the drug’s potency, even people who take legally prescribed fentanyl are liable to develop physical dependence and addiction. In fact, 8% to 12% of people who are prescribed prescription opioid painkillers develop opioid use disorders.

Prescription fentanyl is often illegally distributed by prescription-holders to individuals who intend to abuse it for recreational purposes. Prescription holders may also themselves abuse their prescriptions. While it is possible to abuse fentanyl simply by taking higher doses than prescribed or taking doses at an increased frequency, recreational users frequently alter their medications to make them easier to abuse.

For instance, the gel on the back of the fentanyl patch can easily be scraped off and injected directly into the bloodstream. People who prefer smoking fentanyl can burn the dried gel substance and inhale it. Taking fentanyl through a fentanyl injection or through smoking fentanyl offers a number of dangerous side effects and dramatically increases the risks of overdose.

While some people make illicit fentanyl by altering their prescription medications, there is also a thriving underground industry that produces their own illicit fentanyl. Illegal labs run by drug cartels and other criminal organizations regularly produce fentanyl and even more potent fentanyl analogues. Recreational drug users can connect with these criminal organizations to buy fentanyl online or on the streets. However, the fentanyl produced in these illicit labs is not always sold as fentanyl. Rather, drug distributors frequently add this powerful opioid to a variety of other drugs to increase the perceived potency.

Heroin cut with fentanyl is many times more powerful than heroin alone, and it dramatically increases the risk of overdose, even when drug users have developed a sufficient tolerance for heroin. When fentanyl is combined with other drugs, such as crystal meth, cocaine, benzodiazepines, or alcohol, drug interactions can put undue stress on the body and make a life-threatening overdose all but inevitable.

Getting Help For Fentanyl Abuse

Fentanyl is synthesized and manufactured by trained chemists and lab technicians. The labs that produce fentanyl, however, often have distinct purposes. Labs run by pharmaceutical companies produce prescription fentanyl for the treatment of pain. They also work under a highly regulated process. Illicit labs produce fentanyl that is intended to be sold on the streets to addicts, who frequently take it unwittingly. Illicitly produced fentanyl can vary in quality and have unpredictable potency levels.

Nonetheless, a person can suffer from fentanyl addiction or experience an overdose no matter where their fentanyl was produced. When a person had developed an opioid use disorder, it is absolutely essential that they seek help before it is too late.

For young men suffering from fentanyl addiction, Design for Recovery offers a safe residence and an effective recovery program for addictions of all kinds. Located in West Los Angeles, Design for Recovery is a structured sober living home that distinguishes itself from other sober living homes for the intensity of its recovery program. Residents develop a strong sober social support system while working daily to develop the tools they need to avoid relapse and stay sober over the long term.

Recovering from a fentanyl addiction, however, means much more than just achieving physical sobriety. It means holding onto that physical sobriety and building a new life that is happy, joyous, and free. Design for Recovery helps young men achieve sobriety, and moreover it helps them begin to lead the lives from which addiction held them back. Contact us today if you are interested in getting the help you need.