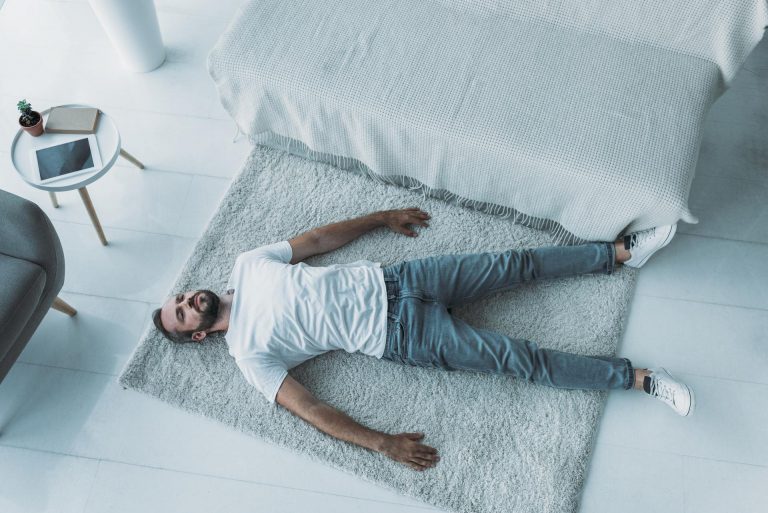 Fentanyl is a legal substance prescribed by physicians to treat severe and chronic pain.

It is part of a class of pain-treating medications called opioid pain relievers. Fentanyl, unlike morphine, is a synthetic opioid, meaning it is developed in a lab and not found in nature. These drugs target opioid receptors in the brain, and in doing so they block pain signals from the body.

Fentanyl is usually prescribed in the form of a fentanyl patch, though some physicians prescribe a fentanyl as a shot or even a lozenge. While fentanyl is a legal drug when it is taken via prescription, it has a high rate of abuse. Like heroin and other illegal drugs, fentanyl can be made by amateurs and purchased off the streets. According to the National Institute on Drug Abuse, 59% of opioid deaths in the United States now involve fentanyl, which is why fentanyl is now considered one of the most physically dangerous drugs available.

Fentanyl is 50-100 times more powerful than morphine, making it highly effective for the treatment of pain. However, this potency also makes it highly prized by drug addicts for the feeling of euphoria and sedation it causes. Fentanyl can cause users to experience extreme happiness.

However, these feelings often occur alongside drowsiness, sedation, and confusion. Stomach problems such as nausea and constipation are also common side effects of fentanyl. Since fentanyl affects the central nervous system, high doses can cause major damage. Signs of a problem include problems breathing, known as respiratory depression, and unconsciousness.

Over time, those who are abusing fentanyl find that they require higher and more frequent doses to achieve the same effects. This is because the brain eventually adapts to the drug and becomes less sensitive to it. This is when drug dependence begins. The end result is drug addiction, which can wreak havoc on an addict’s physical and mental health, finances, relationships, and completely take over ones life.

Not only does a lack of neurological sensitivity result in dependence, but the intensity of withdrawal symptoms is a source of fear for many addicts. These symptoms tend to be particularly intense for fentanyl, given the strength of that opioid. These symptoms of withdrawal include aching muscles, stomach pain, anxiety or agitation, increased heart rate, fever and chills, nausea and vomiting, diarrhea, tremors, and depression. To avoid these symptoms, addicts must take great and more frequent quantities of fentanyl.

Thus, in avoiding withdrawal, they expose themselves to the risks associated with taking fentanyl and other opioids. For someone who abuses fentanyl, especially someone with a prior diagnosed opioid use disorder, the dangers of fentanyl addiction go beyond the immediate effects of the drug.

Sadly, the majority of fatal overdoses today are a direct result of addicts abusing synthetic opioids such as fentanyl. In 2010, this was true for only 14% of fatal overdoses. Fentanyl overdoses and deaths are on the rise. It can be particularly difficult to calculate dosages for fentanyl, as it is so potent that even a miniscule dosage change can result in an overdose. In the case of opioid overdose, naloxone can be administered to ward off the immediate effects. However, since fentanyl is significantly stronger than most opioids, it is sometimes necessary to administer naloxone multiple times if the overdose is due to fentanyl abuse.

If you or someone you love is currently suffering from fentanyl addiction, it is crucial to seek immediate help. If the medicine is being prescribed, it is wise to inform your physician. However, most instances of fentanyl abuse arise from purchasing it illegally. In this case, the best option is often to enroll in a medical detox program so that the drug can be tapered off under proper medical supervision.

Following medical detox, a treatment center that addresses the underlying causes of addiction is often a good course of action. These treatment centers focus on the addict and their addiction problems, not just one specific drug of choice. By providing addicts with a toolkit to understand and fight off addiction, the chances of relapse are far lower.

Additionally, sober living homes and rehabs provide addicts a nice intermediate period between detox and “the real world” with a powerful social support system, medical resources, and mental and behavioral health resources. One study on sober living found that those living in such sober environment tend to have improved social and career outcomes after leaving — as well as longer lasting sobriety!

Read Further: How Long Does Fentanyl Stay in Your System?