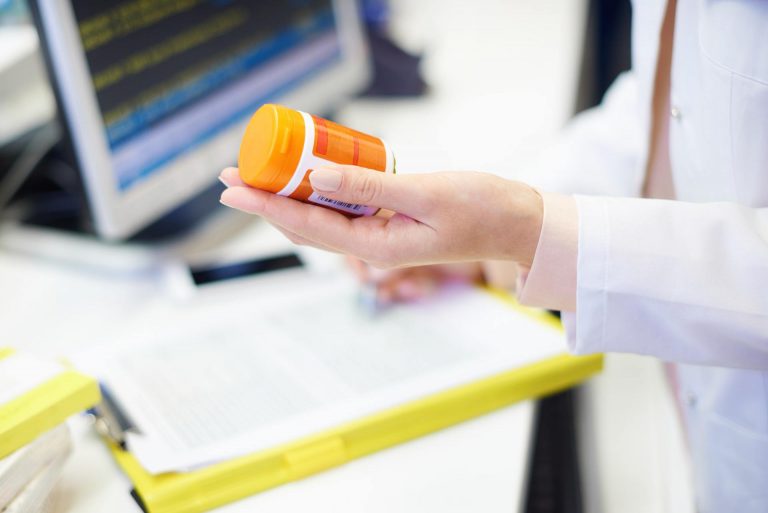 Fentanyl is an opioid drug that is available by prescription only. Unlike natural and semi-synthetic opioids that are derived from the opium poppy, fentanyl is an entirely synthetic opioid, meaning that it is produced in a lab. Despite being synthesized using artificial means, fentanyl retains the chemical structure and psychoactive properties of traditional opioids. Opioids, including fentanyl, work by activating naturally occurring opioid receptors in the brain, spinal cord, and gastrointestinal tract.

When opioid receptors are activated, pain signals are blocked and dopamine is released. Due to the pain-blocking effects of opioids, they are generally prescribed as analgesics, a medical term for pain relievers. However, since fentanyl is a particularly powerful opioid, with effects 50-100 times more potent than morphine, its use is limited to severe circumstances. Given this potent drug’s potential for off-label abuse, doctors prescribing fentanyl generally exercise a great deal of caution.

Given fentanyl’s potency, this prescription opioid analgesic is generally prescribed for cases of severe and chronic pain. Different dosages and routes of administration can be used to achieve different effects. A vast array of products exist to meet the needs of individuals suffering from distinct types of extreme pain. Fentanyl can be prescribed for a variety of circumstances, including:

When Fentanyl Becomes a Problem

Fentanyl can be extremely effective for individuals suffering from severe and chronic pain. However, prescription fentanyl has a variety of side effects that certain individuals are more prone than others to experience. Side effects of fentanyl include:

The greatest risk of fentanyl use and abuse is overdose. Like all opioids, fentanyl can cause overdoses when people take doses higher than they can tolerate. Given fentanyl’s potency and the unpredictability of illicitly produced fentanyl, it can be very difficult for non-medical professionals to measure the correct dosage.

Additionally, drug dealers frequently add fentanyl to other drugs. Heroin cut with fentanyl can cause overdoses even among hardened drug users who have built up a tolerance to heroin. Drug interactions dramatically increase the risk of overdose. When an overdose occurs, an individual experiences respiratory depression and can die in a matter of minutes.

Doctors often avoid prescribing fentanyl to individuals who are more susceptible to experiencing these deleterious side effects. These individuals include:

The last category, those who suffer from a substance use disorder, is particularly vulnerable to the harmful effects of fentanyl. While many people think of prescription drugs as entirely safe because they are legal, the reality is that all opioids lead to physical dependency, and fentanyl is so potent that even people who take their medications as prescribed can develop addictions. Fentanyl misuse and abuse can lead to an opioid use disorder. In an effort to satisfy their addictions, they may continue to seek out and abuse synthetic opioids like fentanyl.

Individuals suffering from fentanyl addiction can buy fentanyl online or purchase it on the streets. Much of the fentanyl available on the black market is produced illicitly in labs run by criminal organizations, and it is therefore of dubious quality. Those suffering from opioid addiction may also turn to other drugs. In fact, research shows that 80% of people who use heroin first used prescription opioids like fentanyl. To avoid addiction and the harmful consequences that follow, it is crucial for people to only take fentanyl exactly as prescribed and to reach out to their doctor with any concerns.

When Fentanyl Becomes a Problem

If a person who is being prescribed fentanyl has developed a physical dependency or addiction, it is important to inform one’s doctor. Medical professionals can help find an alternative solution for pain treatment that does not involve addictive opioids. Beyond that, it is crucial to withdraw from opioids and begin a process of addiction treatment. Addiction treatment is a process that takes time; research indicates that people who continue to pursue addiction treatment in the months subsequent to fentanyl withdrawal have a higher chance of avoiding relapse and maintaining their sobriety.

Design for Recovery, a structured sober living home in West Los Angeles, offers young men a way of rebuilding their lives while recovering from an opioid use disorder. Working together as a community, residents strengthen their social support systems, examine the underlying causes of their addictions, and develop new tools and coping strategies for avoiding relapse. At Design for Recovery, young men aim not only to avoid the drugs they were addicted to, but to create new lives for themselves in sobriety that are happy, joyous, and free.

It’s never too late. If you are ready to make a change, reach out today.