What Is Methamphetamine and How It Is Abused 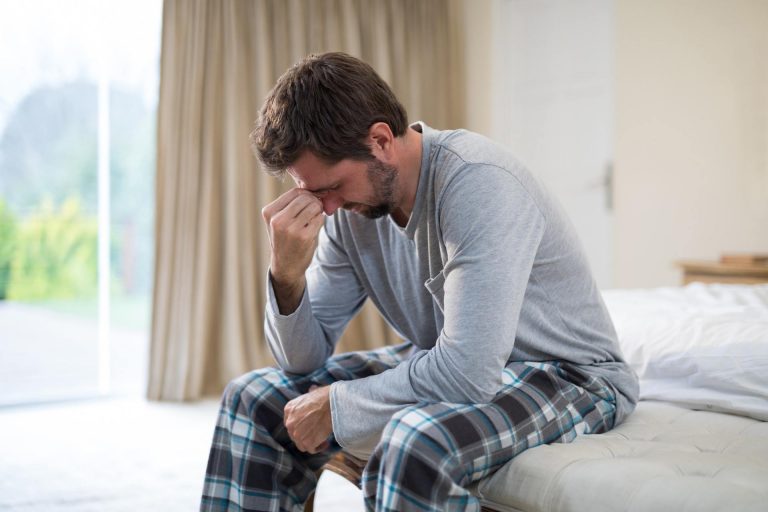 According to the National Institute on Drug Abuse (NIDA), “methamphetamine is a stimulant drug usually used as a white, bitter-tasting powder or a pill. So what is methamphetamine and how it is abused? Crystal methamphetamine is a form of the drug that looks like glass fragments or shiny, bluish-white rocks. It is chemically similar to amphetamine (a drug used to treat attention-deficit hyperactivity disorder and narcolepsy, a sleep disorder.”

Methamphetamine can be smoked, swallowed in pill form, snorted, or injected. Also according to NIDA, “Because the ‘high’ from the drug both starts and fades quickly, people often take repeated doses in a ‘binge and crash’ pattern.

In some cases, people take methamphetamine in a form of binging known as a ‘run,’ giving up food and sleep while continuing to take the drug every few hours for up to several days.”

Methamphetamine Effects on the Brain

Methamphetamine use causes the rapid release of dopamine, a chemical in the brain that regulates motivation and reinforcement of rewarding behaviors like exercise or eating food. However, the levels of dopamine released via methamphetamine use are much higher. According to a study conducted by The Permanente Journal:

A wide variety of stimuli affect dopamine levels. Natural rewards such as food and sex elevate dopamine output by 150% to 300% above basal output. Stimulant drugs, however, are more efficient than natural rewards at increasing the release of dopamine.

Methamphetamine increases dopamine release to >1000% above basal levels within the first hour of taking the drug, with levels returning to basal after three hours. Similar increases are seen with cocaine, nicotine, and ethanol, of >300%, >200%, and approximately 200%, respectively.

Users feel intense sensations of pleasure and euphoria. Other psychological effects include increased confidence and alertness, elevations of mood and sex drive, increased energy levels and talkativeness, as well as decreased sense of boredom and loneliness.

According to the Permanente Journal study, “Brain-imaging studies in both animals and humans show profound, long-lasting alterations of brain chemistry after relatively brief exposures to methamphetamine.”

Meth users also often encounter pronounced skin and soft tissue infections due to obsessive picking of the skin. Methamphetamine also causes a decrease in the production of saliva that, when combined with other toxic chemicals in the drug, creates degradation of the teeth known as “crystal meth mouth syndrome.”

Snorting the drug can cause chronic runny or bloody noses and sinus infections, with the possibility of a hole developing in the septum. Smoking meth can lead to severe respiratory infection or even failure.

Users who inject the drug run the risk of contracting diseases like HIV or hepatitis C. The use of needles can also lead to other infections—particularly in the heart tissue—and collapsed veins

Meth by the Numbers

Design For Recovery helps addicts willing to put in the work, recover from addiction with our peer driven programs in Sober Living Homes.

A few minute drive from Newport Beach and Huntington Beach lies Costa Mesa, a place known as the City of Arts, home to more than 113,000 people. Although the city prides itself as the center of performing arts, like many cities in California and indeed the whole country it is grappling with the problem of drug and substance abuse, more particularly high rates of cocaine and opioid dependence. According to the Costa Mesa police department, there were 1300 drug abuse violations which were a report in 2017.

This trend has continued with the city being ranked as one of the top 8 cities in opioid and cocaine-related emergency admissions in hospitals in Orange County. Latest health care agency report indicates that deaths related to drug have been on the increase with Orange County recording one of the highest increases by eighty-two percent. Close to seventy percent of these deaths are caused by accidental overdoses of prescription opioids such as hydrocodone and oxycontin.

Apart from opioids and cocaine, alcohol also ranks as highly abused substance; it is most prevalent among the whites, 25 to 34 years old, a segment of the population that is close to fifty percent. Those in the ages between 18 and 24 years old males are frequent binge drinkers.   Other commonly abused drugs and substances include marijuana, heroin, club drugs, methamphetamine, tranquilizers, stimulants, sedatives among others.

Healthcare agency reports indicate that there has been a sharp rise in drug overdose with emergency department visits increasing by fifty-eight percent over five years. The number of deaths due to opioid overdose also increased by twenty percent in the same period. In 2017 alone almost 100 people made emergency visits concerning opioid overdose.

This is the highest number of visits in the whole of Orange County. In terms of racial composition, statistics show that seventy-eight percent of those who were hospitalized due to opioid overdose were not Hispanic white, with Hispanics accounting for fifteen percent with most of them falling between 18 to 34 years. It has been hypothesized that people living in more affluent communities in the town have more recreational time and have easy access to prescription medication are more prone to be victims of drug use more specifically opioids and cocaine.

Like other areas in Orange County and larger California, Costa Mesa has a variety of countermeasures focused on fighting the drug menace. Currently, the city boasts of more than thirty-seven SAMHSA accredited facilities. Approximately thirty percent of the state-licensed drug and alcohol treatment centers in Orange Country can be found at Costa Mesa; the city has an estimated 1600 recovery beds.

These and more facilities have been built to help people recover from drug addiction and also assist them to live drug-free lives. There are a variety of recovery options available in sober living homes.

Rehabilitation centers offer in and outpatient treatment programs coupled with early interventions and hospitalization services. Other options which are available in these centers include behavioral therapy, individual therapy, support group therapy, cognitive therapy, medicated assisted treatment among others.