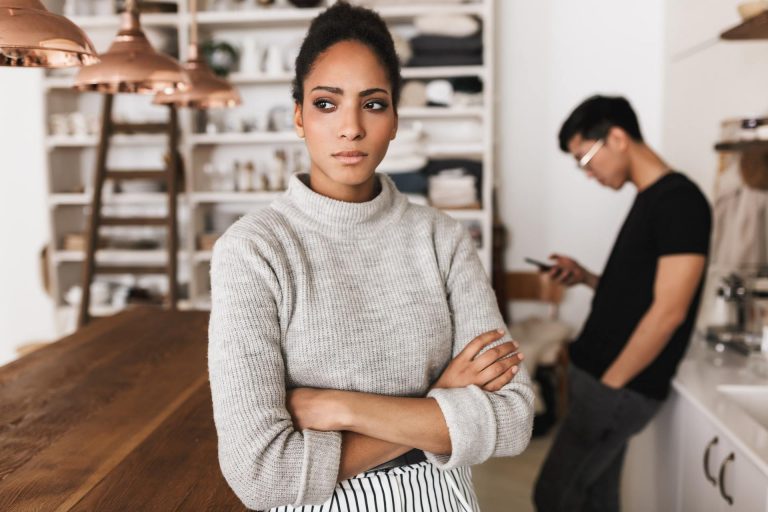 Methamphetamine, a stimulant drug that is often known simply as crystal meth, is abused by half a million people in the United States every week. Crystal meth has extremely limited medical usefulness, and it is mainly used as a drug of abuse. People abuse crystal meth primarily for its euphoric effects.

This recreational drug offers people feelings of confidence, pleasure, focus, and it even has aphrodisiac properties. Unfortunately, it is also extremely addictive. It doesn’t take long for the physical and behavioral side effects of crystal meth abuse to become apparent. Given sufficient time, people who abuse crystal meth can severely damage their careers, relationships, and health. In many cases, crystal meth abuse can be life-threatening. In 2017, 15% of fatal drug overdoses involved crystal meth.

Recognizing the signs of crystal meth abuse is essential to getting your addicted loved one the help they need. People suffering from substance use disorders, unfortunately, are likely to take pains to hide or disguise their substance abuse. They may be reluctant to talk about their struggles with crystal meth due to shame, or because they are under the mistaken belief that they can still control their drug use if they only try harder.

The reality is that crystal meth addiction, if left untreated, is only likely to get worse. To help your family member or other loved one get the help they need, it is important to be able to recognize the signs of their crystal meth addiction. Even young people who work hard to hide their substance abuse are rarely able to completely cover it up. The signs of crystal meth abuse include a combination of physical behavioral symptoms that are apparent to anyone who knows how to recognize the signs.

Crystal meth abusers are often depicted in television shows and movies as haggard individuals with rotten teeth and skin sores. It is true that regular crystal meth causes significant damage to physical health and often severely affects a person’s appearance. However, it is often a good idea to let go of preconceived notions of what a crystal meth addict looks like. While before-and-after pictures often accurately represent what a person looks like after years of crystal meth abuse, the initial signs are sometimes more subtle. Common physical signs of crystal meth abuse include:

Crystal meth is a drug that is most frequently abused for its effects on mood. It is natural that crystal meth causes severe emotional and behavioral changes for people who abuse it. While the euphoria, focus, and confidence that people abuse methamphetamine to obtain may seem like the obvious symptoms to look out for, it is important to understand that often the most obvious behavioral signs of crystal meth abuse occur when a person is withdrawing from the drug.

Crystal meth withdrawal is a debilitating and painful state that causes mood changes that are the polar opposite of the drug’s initial effects. Symptoms of crystal meth withdrawal include feelings of hopelessness, depression, and anxiety. It is thus important to remember that the behavioral signs of crystal meth abuse cover a wide range of extreme moods and associated behaviors. Common behavioral signs to look out for include:

To an extent, the signs of crystal meth abuse depend on which route of administration a person tends to use. Individuals who smoke it may have a chronic cough. Those who snort crystal meth are generally prone to bloody noses and dry nasal cavities. Individuals who inject meth directly into their veins may have visible sores or collapsed veins. However, it is common for meth users to make use of a variety of routes of administration.

Crystal meth can vary somewhat in appearance. The drug is astoundingly easy to manufacture, and specific crystal meth products vary considerably. The drug is often produced in clandestine laboratories run by transnational criminal organizations (TTCs) based in Mexico, though homegrown local meth labs are not uncommon in Los Angeles. Crystal meth is synthesized using common over-the-counter pharmaceutical products, including pseudoephedrine, a common component in cold medications.

Some people with crystal meth addictions even produce their own meth, which exposes them to significant chemical hazards. It is also important to note that made crystal meth distributors add contaminants to their products, including synthetic opioids like fentanyl. Drug users who purchase crystal meth on the street are often unsure what they are really buying, and consuming contaminated meth significantly increases the dangers of overdose.

Crystal meth abuse can also be fatal in the event of a methamphetamine overdose. People overdose when they take greater quantities of methamphetamine than they can tolerate. The  result is a toxic reaction that leads to harmful symptoms and sometimes death. Crystal meth overdoses cause hyperthermia, otherwise known as “heatstroke,” which can lead to multiple organ failure. During a crystal meth overdose, the  body also experiences a sharp rise in blood pressure that can cause hemorrhaging, liver failure, and heart failure.

The symptoms of a crystal meth overdose include:

15% of all drug overdose deaths involve methamphetamine. Overdoses become much more likely when people abuse crystal meth alongside other substances. It is estimated that 50% of people who die from a crystal meth overdose were also abusing opioids. Fentanyl, a highly potent synthetic opioid, is responsible for half of these polysubstance abuse-related deaths.

When crystal meth, a stimulant, is combined with depressants like opioids or alcohol, it can demand too much of the body while impairing the body’s ability to meet these demands. It is important to understand that the risks of drug interactions remain even when a person believes they are only using crystal meth. Drug dealers frequently add dangerous illicitly produced synthetic opioids to street methamphetamine without letting their customers know.

If you have begun to notice that a loved one is exhibiting any of these behavioral or physical signs, it is often a good idea to bring up your concerns. It is important to approach the conversation from a place of concern rather than accusation. In the first place, many of the signs of methamphetamine abuse are similar to symptoms of mental health conditions, like severe depression or high-functioning bipolar disorder.

However, in the event that your loved one does indeed suffer from a substance use disorder, it is all the more important that you represent an ally rather than an enemy. It is highly likely that they’ve already recognized their problem and have tried and failed to solve it. By offering a helping hand, you can ensure that they don’t suffer alone and that they get the resources they need to recover.

The best course of action for people suffering from crystal meth addictions is to enroll in a sober living home after a medical detox or residential treatment center. Design for Recovery, a structured sober living home for men in West Los Angeles, offers a strong program for recovery. At Design for Recovery, residents work to develop the skills they need to get sober and maintain their sobriety in the company of other young men who are similarly committed to recovery.

Research has shown that sober living homes are effective at keeping people sober over the long term because of the sober social support systems that residents cultivate there. Moreover, Design for Recovery is a structured sober living home, meaning that our trained and dedicated staff work to help residents entirely rebuild their lives from the ground up. If your loved one suffers from a crystal meth addiction, Design for Recovery can not only help them recover from methamphetamine but also work steadily toward new life goals in sobriety. Reach out today.