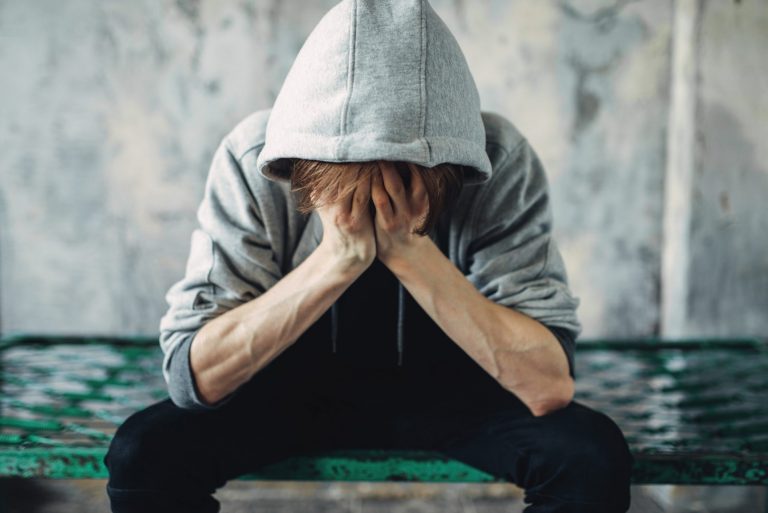 What is Methamphetamine Withdrawal?

Who Goes Through Crystal Meth Withdrawal?

What Are the Symptoms of Crystal Meth Withdrawal?

Some of the more common signs and symptoms of crystal meth withdrawal include:

It is common for people withdrawing from crystal meth to experience a low, flat, or depressed mood. The feelings of depression that people experience during methamphetamine withdrawal can be painful. Feelings of hopelessness or despondency can cause people to lose their motivation to stay off of meth. It is important to remember that this low mood generally does not last longer than the third week of withdrawal. However, a small percentage of people continue to suffer from low mood even after their other withdrawal symptoms have subsided. Individuals who develop major depressive disorder are at an increased risk of returning to substance abuse. Major depression can cause a dramatic reduction in a person’s quality of life, and it can also lead to suicidal ideation.

People who are going through methamphetamine withdrawal generally have high rates of anxiety. In fact, research shows that 30% of people withdrawing from crystal meth meet the criteria for anxiety disorder. Individuals suffering from anxiety disorder may find it overwhelming to be around other people. It can also lead to cognitive distortions, such as paranoid thinking. In some cases, people withdrawing from meth experience debilitating panic attacks. Anxiety can make it difficult to function in everyday life. While the symptoms of anxiety generally fade by the time withdrawal ends, it is important for people to have a strong support system in place while withdrawing so that they do not seek relief for their emotional distress in the form of a crystal meth relapse.

Methamphetamine withdrawal is infamous for making people feel lethargic and sleepy. While withdrawing from crystal meth, most people experience low energy to such a point where everyday tasks feel so demanding that they are all but impossible. This condition of fatigue is the polar opposite of crystal meth’s main effect. When people abuse methamphetamine, they generally experience a surge in energy levels. They may feel so manic, focused, and hyperactive that they believe that they do not need sleep. As a result, they often do not sleep at all for days on end. The extreme and debilitating fatigue that people experience while withdrawing from crystal meth is both a physiological reaction to the absence of meth and a natural response to going for long periods without rest.

Just as people taking methamphetamine often have so much energy that they feel that they do not need to sleep, it is common for meth users to lose their desire to eat. In fact, habitual crystal meth users often experience dangerous health consequences due to their lack of appetite. Many become emaciated and suffer from nutritional deficiencies. When people stop taking crystal meth, it is common for them to suddenly develop appetites. Most people withdrawing from meth specifically crave carbohydrates, such as starchy or sugary foods, which provide the energy and nutrients that they have been heretofore lacking. This withdrawal symptom is generally one of the earliest people experience, and it can last up until the second or third week. However, in some cases people develop disordered eating habits that can lead to eating disorders that last longer than the withdrawal itself.

Individuals who were severely physically dependent on crystal meth who suddenly quit sometimes experience symptoms of psychosis. Psychosis is a condition that causes people to have delusions, or irrational thoughts, that are often paranoid in nature. People having psychotic episodes often also experience hallucinations; this can cause them to hear, see, and feel things that do not exist in reality. Individuals suffering from psychosis can sometimes be a danger to themselves and the people around them. It is important to stress that this is a symptom of withdrawal that a relapse will not necessarily cure. People taking high doses of crystal meth also often experience psychosis. It is thus of paramount importance that anyone developing the symptoms of psychosis have a strong sober support system in place so that they can recover from their addiction.

The length of crystal meth withdrawal is determined by a wide range of factors. The most important factor to consider is how long a person was addicted to methamphetamine. Individuals who used methamphetamine longer are likely not only to have more severe withdrawal symptoms, but the experience withdrawal far longer as well. Age can also be an important determining factor. People who are older take more time to recover from the effects of crystal meth abuse then young people, and as such they can expect their withdrawal periods to last longer. However, it can still be difficult to predict the exact length of time any given individual’s meth withdrawal period will last. Their physical health, the severity of their physical dependence, how much meth they consumed, and how frequently they used meth all play a role in determining the length of withdrawal.

After the first week’s acute withdrawal stage, most people enter what is known as a “subacute phase” which can last for an additional two to three weeks. The subacute phase is characterized by all of the same symptoms people experienced in their acute phase, but they tend to experience them less severely. Nonetheless, individuals in the subacute phase continue to experience intense cravings for crystal meth.

Crystal meth withdrawal is both painful and debilitating. However, there are a number of things people can do to decrease the severity and dangers of their withdrawal symptoms. Common recommendations for people withdrawing from crystal meth include:

Building a New Life in Sobriety

Successfully withdrawing from crystal meth is an incredible achievement. However, it is important for people to recognize that even after getting through withdrawal the chances for relapse remain high. Even after the intense withdrawal-induced cravings have dissipated, most people remain obsessed on some level with methamphetamine. People who use meth abusively tend to do so for underlying reasons. Many people turn to substance abuse as a way to achieve relief from the symptoms of undiagnosed mental health conditions, like depression and anxiety. Others live in dangerous or unstable economic or personal conditions and turn to drugs and alcohol as a form of escapism. Individuals who quit crystal meth and manage to get through the withdrawal period may be drug-free, but they continue to face the underlying problems that led them to abuse crystal meth in the first place.

Building a new life in sobriety involves learning to deal with these underlying issues. It is also important for people to address their substance use disorders, which encompass far more aspects of their lives than mere physical dependence. Furthermore, it is an obvious fact that most people who want to quit meth aim to do so because they want to live a better life. Quitting crystal meth without taking steps to better one’s personal situation can end up feeling pointless. Methamphetamine abuse can harm one’s health, one’s finances, and one’s relationships. If you’ve quit meth but you’re still unemployed, lonely, or simply depressed, it’s likely that you need a strong program of recovery.

Design for Recovery is a structured sober living home for men located in Los Angeles’ Westside. We welcome people suffering from all addictions, including those who are working to recover from a crystal meth addiction. No matter what stage of recovery you’re in, you can find a home — and a new way of life — at Design for Recovery. As a sober living home, we provide a safe and trigger-free place for residents to develop a new sober toolkit. Living together with other people in recovery, former addicts can benefit from others’ experiences while developing a crucial sober social support system. One study on sober living homes showed that former residents of sober living houses had decreased chances of relapse even years after graduation, mostly because of the support systems they develop. Not only do residents obtain valuable support from each other, but they learn crucial coping tools and skills from our staff of dedication addiction experts. At Design for Recovery, residents pursue not just sobriety, but positive goals for newfound sober lives. If you are ready for a new way of living, reach out to us today.