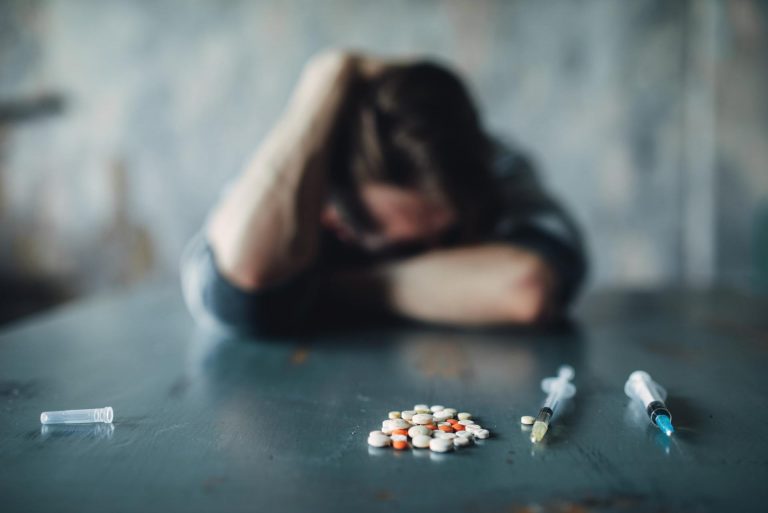 While methamphetamine, or meth for short, is an illegal street drug, it is in fact related to amphetamine, a drug with legitimate uses in the treatment of attention deficit disorder and narcolepsy. The most common form of meth is crystal meth, which has the appearance of tiny bluish-white glass fragments.

Meth is usually produced in small clandestine laboratories by criminal organizations in Mexico. It is composed of common over the counter medications, such as pseudoephedrine, a common ingredient in cold medicines. This makes it extremely cheap to produce.

Methamphetamine is extremely addictive. It works by increasing the amount of dopamine in the user’s brain. Dopamine not only provides users a feeling of euphoria, but it controls the reward centers of the brain. As a result, each time a user takes meth and gets a rush of dopamine, the brain becomes more addicted to the substance. Users take it by snorting, swallowing, smoking, or injecting it.

This percentage is an increase from the previous year, suggesting meth abuse is on the rise. Young people are especially vulnerable, considering the average age of a new meth user is 23.

Methamphetamine has a very deleterious effect on the physical and mental health of the user. Short term side effects of methamphetamine abuse include increased wakefulness and physical activity, decreased appetite, faster breathing, rapid and sometimes irregular heartbeat, and increased blood pressure and body temperature.

Over the long term, meth poses greater risks. People who inject methamphetamine increase their chances of contracting certain infectious diseases such as HIV and hepatitis B and C. This is party due to the nature of injection, but also because meth abuse makes addicts more likely to engage in risky behaviors.

Most visibly, over the long term meth abuse causes something called “meth mouth” a severe and rapid rotting of the teeth. The decreased appetite induced by meth can result in extreme weight loss. Mental health can suffer, leading to anxiety, memory loss, confusion, paranoia, hallucinations, and violent behavior.

Quitting methamphetamines without help can be very difficult due to the intensity of the withdrawal symptoms. Soon after quitting meth, addicts tend to suffer from extreme anxiety. Fatigue and depression, paradoxically, often accompany this anxiety.

While meth abuse may once have put hunger on pause, withdrawing from meth can often result in intense cravings for carbs — as well as cravings for meth itself. An additional and quite urgent reason why quitting meth alone is not recommended is that it can lead to delusions and psychosis.

The first recommended course of action is usually a residential medical detox program. At such a facility, the immediate withdrawal effects can be closely monitored by a medical professional. As time eliminates toxins from the body and the addict begins to recover, they can take advantage of the safe environment to implement other healthful activities. These can include a detox diet, a juice fast, or even a colon cleanse.

Many of these approaches involve removing toxins from the body by eschewing processed foods in favor of more natural and nutritious substances. Living in a healthier way while withdrawing from meth can speed up the body’s recovery. Even for those who have never touched meth, following such a diet can greatly reduce the chances of heart disease!

Following a medical detox program with more comprehensive addiction treatment is often a good idea. The most effective treatments for methamphetamine addiction are behavioral therapies. These include cognitive-behavioral therapy and motivational incentives for staying drug-free.

Often enrolling in a recovery residence such as a sober living house or rehab can be a good intermediate step between medical detox and the “real world.” These facilities offer support for recovering addicts. Such support can include counseling, assistance with employment, and the development of tools necessary for the maintenance of long term sobriety.