The Disease of Alcoholism: The Effects of Long-Term Alcohol Abuse 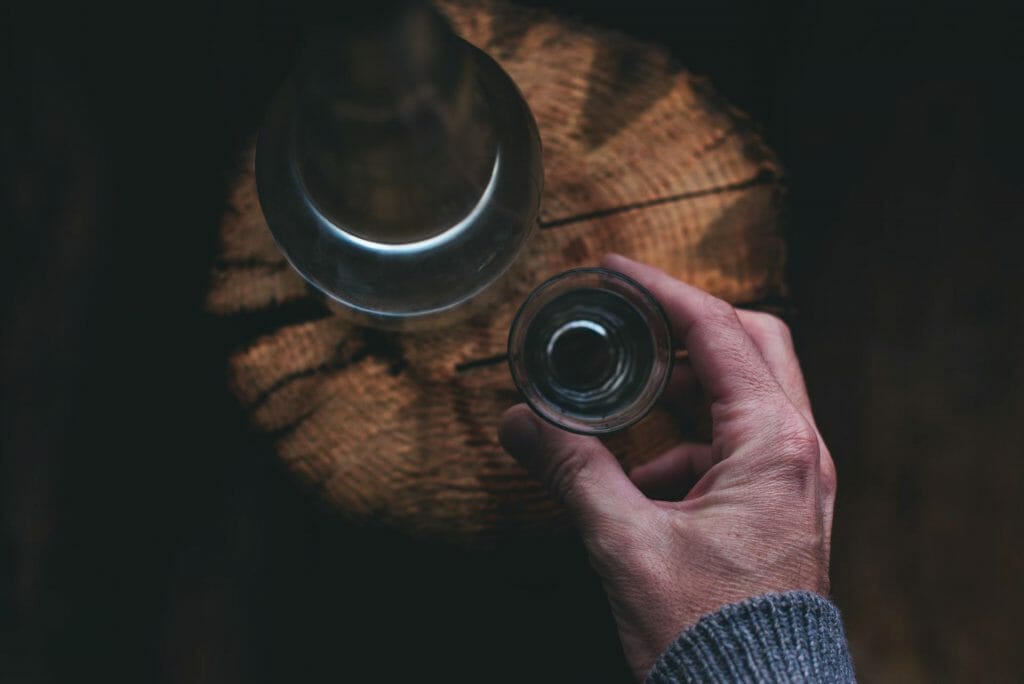 “A man who drinks too much on occasion is still the same man as he was sober. An alcoholic, a real alcoholic, is not the same man at all. You can’t predict anything about him for sure except that he will be someone you never met before.” –Raymond Chandler, The Long Goodbye

In other words, the first drink inevitably leads to another, and another, until the drink consumes the man’s every thought, motive, aspiration, or desire. The man or woman lives only to drink, and to seek refuge from the demons that haunt them when they are without.

Alcoholism is a disease that ruins the alcoholic morally, emotionally, spiritually, and often financially. It becomes like a tornado of destruction, shattering lives and breaking hearts, especially those of loved ones left in its wake.

How does this path of destruction start? What is alcoholism exactly? And how can you or a loved one get help?

Alcoholism, or alcohol use disorder (AUD), is an addiction to the consumption of alcohol or the mental illness and compulsive behavior resulting from alcohol dependency.

The National Institute on Alcohol Abuse and Alcoholism (NIAAA) breaks down alcohol consumption of any kind into four main categories, from moderate drinking to risk factors associated with developing alcohol use disorder:

The Diagnostic and Statistical Manuel of Mental Disorders also lists 11 criteria to help clinicians determine if a patient has alcohol use disorder, and how severe the condition might be. The criteria are:

The University of Rochester Medical Center lists clear distinctions between social drinking and problem drinking. Signs of problem drinking or alcohol use disorder include drinking on the job, frequent uncontrolled drinking episodes, frequent trouble with the law, lying about drinking habits, needing more alcohol to feel its effects, hiding drinks around the house, or feeling grouchy and resentful when not drinking.

Effects of Long Term Alcohol Abuse On The Brain

Chronic physical and mental health issues can arise if alcohol use disorder continues without treatment for a long period of time. The liver, for example, can metabolize only one alcoholic drink per hour.[1] Those who regularly abuse alcohol risk developing severe, sometimes irreversible, damage to the liver. This can come in the form of alcoholic hepatitis, liver fibrosis, cirrhosis, or even cancer.

Although alcohol acts as a depressant on the central nervous system, it may have inconsistent effects on the individual and long-term psychological effects vary from case to case. However, the excessive, long-term consumption of alcohol often leads to changes in the brain. This includes a wide variety of psychiatric syndromes, from alcohol-induced bipolar disorder and depressive disorder, to sleep and psychotic disorder.

How Does Alcoholism Develop?

Alcohol addiction is a gradual process that occurs within the human brain. When alcohol is consumed, it alters the levels of certain chemicals in the brain, mainly gamma-aminobutyric acid, or GABA, and dopamine. GABA monitors and controls a person’s impulsivity, and frequently drinking copious amounts of alcohol alters this chemical’s production, often making people more impulsive and less aware of what they are doing.

Dopamine is one of the chemicals in the brain that, when released, causes pleasurable feelings like happiness, joy, or even euphoria. As more and more alcohol is consumed on a frequent basis, the brain begins to grow accustomed to this chemical imbalance. If an alcoholic tries to stop drinking, then the brain is deprived of the alcohol’s effect, which results in unpleasant withdrawal symptoms such as sweating, shaking, tremors, or even hallucination.

If you or a loved one struggles with alcohol use disorder, help is available. The first step is to consult with a doctor to determine the severity of the problem. If severe enough, detoxification supervised by medical professionals may be necessary, as alcohol withdrawal can lead to seizures, racing heart rate, high blood pressure, vomiting, insomnia, and dehydration.

Following detox, a comprehensive rehabilitation program and therapy may be necessary. According to The National Institute on Drug Abuse (NIDA), “Research indicates that most addicted individuals need at least 3 months in treatment to significantly reduce or stop their drug use and that the best outcomes occur with longer durations of treatment.”

Following rehabilitation, ongoing care is highly recommended for those at risk of relapse. This includes ongoing therapy, developing a peer support group, attending Alcoholics Anonymous meetings, and finding a supportive home environment like a sober living in the area.