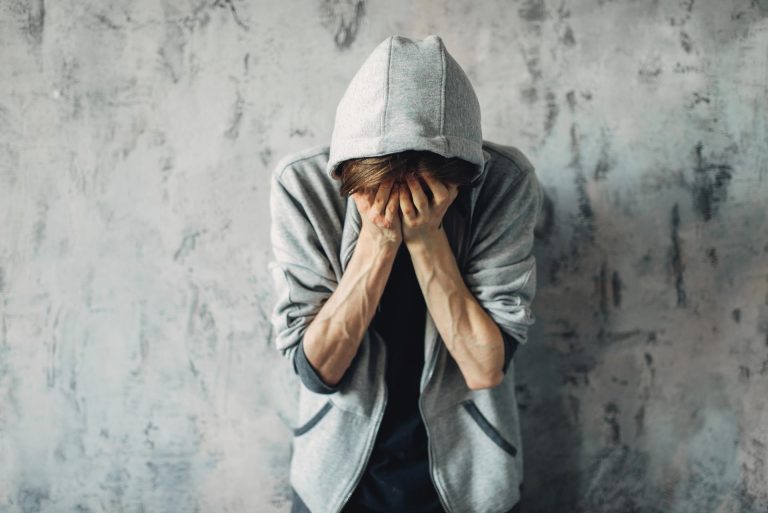 Tramadol is an opioid, or painkiller, that is usually thought of as having a lower abuse profile than stronger opioids such as hydrocodone or oxycodone. However, like any opioid, it does make users feel good, providing them with a sense of euphoria that can easily induce habit formation. The withdrawal effects of tramadol can make it difficult to stop using the drug.

While not the most commonly abused opioid, tramadol abuse leads users to seek greater and greater quantities of the drug in order to achieve the same euphoric effects. Coming down off of tramadol, even when used as prescribed, can result in some painful withdrawal effects.

However, when physical dependence has led to abuse of the drug, quitting can be an arduous process, given that the withdrawal effects became significantly more severe.

Withdrawal Effects of Tramadol and Timeline

Whether tramadol is used as medically prescribed or recreationally, tolerance can develop. When a user is dependent on tramadol, withdrawal symptoms can make it difficult to stop using the drug. Tramadol withdrawal is usually less intense than withdrawal from more powerful opioids such as heroin or oxycodone. However, within one or two days of last taking tramadol, opioid receptors, lacking their accustomed dose of the drug, will take notice of its absence and begin to initiate withdrawal processes. The effects of withdrawal from tramadol, like withdrawal from other opiates, manifests as a flu-like feeling. It is common to sweat or experience extreme chills, often at the same time. It might be difficult to sleep, so escaping from the withdrawal can feel impossible. The withdrawal carries a psychological toll as well, often causing people to feel depression, anxiety, or a tendency to become more irritated and impatient than usual. Unlike traditional opioids, however, tramadol not only activates opioid receptors but also inhibits the reuptake of serotonin and norepinephrine. Much like antidepressants such as SSRIs, tramadol inhibits the reuptake of these chemicals in the brain. That means it prevents these chemicals from being neurologically “recycled,” resulting in higher serotonin quantities in the brain than normal. While people abusing tramadol might enjoy these mild antidepressant effects, the result is a withdrawal slightly with slightly different effects than other painkillers. While everyone’s withdrawal experience is different, the most common side effects of withdrawal are sweating, chills, irritability, anxiety, digestive issues, muscle aches and pains, confusion, increased blood pressure or heart rate, fast breathing, and even in some cases psychosis. For users with heart disease, the effects on blood pressure and heart rate can potentially be life threatening. The length and intensity of these symptoms depends a great deal on the severity of the physical dependence on tramadol, as well as other personal factors such as the user’s age, physical and mental health, genetics, and general history with drug abuse. However, in most cases, withdrawal effects peak after three days and begin to subside in one or two weeks.

If a user has been taking tramadol for less than two weeks, it is usually safe to simply stop taking the drug. However, for users who have been prescribed tramadol or used it recreationally for far longer, and especially for anyone suffering from substance use disorder, it is crucial to talk to your doctor to develop a withdrawal plan.

Usually, this involves weaning off slowly or, in medical terms, tapering the dosage. The length of a taper is usually dependent on the type and intensity of physical dependence on the drug.

During a taper, a physician will often monitor vitals such as blood pressure, pulse, and temperature, as well as taking regular blood and urine samples to determine how much of the drug is left in a user’s body. For users who were originally prescribed tramadol for treatment of pain, alternative treatments might be suggested.

Withdrawal from any opioid usually causes constipation and other stomach issues. For this reason and to improve the health of the addict more generally, paying careful attention to diet is often suggested for anyone quitting tramadol.

A detox diet should include plenty of fiber to deal with constipation and aid the colon cleanse. Processed foods should be avoided, as they might worsen constipation. Epsom salt baths can also help relieve these stomach issues and help people deal with the muscle aches that withdrawal brings.

During active addiction to any opioid, dangerous weight loss is common, so focusing on diet and general health should begin during the detox so that individuals can become healthy again during their recovery.

For users who were engaging in more serious drug abuse, it is common for physicians and mental health professionals to recommend medical detox. This usually means an in-patient or out-patient program during which one is supervised and taught skills that will enable one to cope with the withdrawal process better.

Social support is provided, and addicts are often encouraged to work a 12-step program or receive counseling to make relapse down the line less likely. At a detox facility, in some cases physicians will prescribe medicine that eases the effects of tramadol withdrawal.

These drugs include methadone, which can relieve withdrawal symptoms by virtue of being less short lasting than tramadol, buprenorphine, which can shorten the detox period, and clonidine, which can lessen the anxiety and muscle aches often associated with opioid withdrawal.

Whether one aids their withdrawal with these drugs or not, however, medical detox overall greatly increases an addict’s chances of recovering from tramadol dependence. Best of all, these treatment centers can help users deal with the underlying issues that led to addiction in the first place.