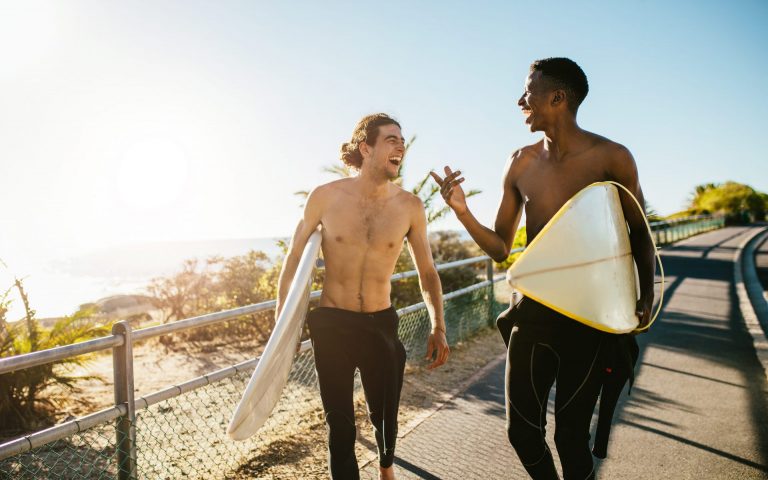 What is a Natural High?

One of the most common fears recovering addicts have about permanent abstinence is that life will no longer be fun, enjoyable, or even interesting. That’s where a natural high comes but what’s your natural high? While it is true that drugs and alcohol destroy addicts’ lives, it can’t be denied that there was a strong reason that addicts initially started using these substances.

Drugs and alcohol provide a powerful “high” that can be a source of consolation and powerful pleasure for users. Part of what makes these substances so dangerous is that the immediate effects of a high from drugs or alcohol are so powerful that it is hard not to continuously seek the substance out.

How Do Drugs Make People High?

In some ways, you can think of taking drugs as hacking the brain. Drugs affect the way information in the brain is sent, received, and processed through neurotransmitters. This can cause chemicals that are naturally present in the brain to decrease or increase, with varying subjective effects.

Endorphins create the feeling that drug and alcohol users refer to as a high. They provide an experience of pleasure and ease where all the world’s worries wash away. Dopamine, which often accompanies the release of endorphins, are in large part responsible for reinforcing behavior and motivation. When dopamine is released in large amounts, the brain is likely to repeat whatever behavior led to the dopamine release. This is what makes drugs and alcohol so addictive.

What’s Your Natural High? 5 Ways to Get High Naturally

Anyone in recovery from substance abuse knows that treating addiction is not the depressing experience that addicts assume. At 12-step meetings like Alcoholics Anonymous, the mood is rarely doom-and-gloom. Instead, you are more likely to find laughter and camaraderie.

While the number one key to recovery is seeking help and actively implementing a program of recovery, for many who hope to avoid drug and alcohol abuse, it is just as important to find their natural highs. Getting high naturally involves any activity that makes you feel good. Doing these activities will release endorphins and dopamine in the brain that make you feel just as good as drugs and alcohol did — if not better!

This one is an obvious one! We’ve all heard of the famous “runner’s high.” Thought it was a myth? Research shows that running and other cardiovascular activities release enormous amounts of endorphins. The levels are so high, that some say they approximate the effects of the painkiller opioid morphine.

These include serotonin, norepinephrine, and oxytocin. Oxytocin, which is implicated in feelings of bonding and connection, is the chemical that plays the strongest role in the high obtained from MDMA. So if you want to recreate that feeling you used to get from taking ecstasy, try talking to your crush!

Many people use substances to reduce their racing thoughts and anxiety. Implementing a meditation practice can achieve the same results. Not only that, but meditation has been shown to help people avoid relapsing. Because meditation strengthens the brain’s ability to redirect attention, people who practice meditation are far more likely to ignore drug triggers. So not only are they more likely to remain sober, their sobriety will be far more stress-free!

Laughter, especially social laughter, has been shown to release high levels of endorphins as well. Some studies have even shown a relationship between the intensity of laughter and the quantity of opioid receptors in the brain. Those with more opioid receptors tend to laugh harder! Doesn’t going to a comedy show sound better than sitting at home alone with a bottle of painkillers?

Ultimately, any activity that you find engrossing will release the feel-good chemicals that your brain craves. When people seek a high, what they really aim for is an experience of total immersion in an experience. When you do something you love or spend time with people you love, time often seems to stop and you lose track of where you are. That’s not a mental breakdown. It’s a natural high.

Unfortunately, for those engaging in regular substance abuse, these healthy and natural highs are hard to come by. For anyone seeking an end to the cycle of addiction, it is usually a good idea to find help with outside resources.