How Long Does Fentanyl Stay in Your System? 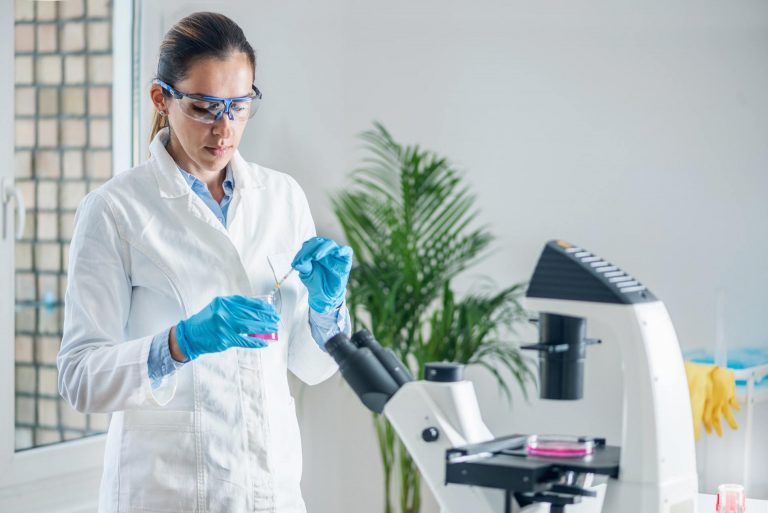 Fentanyl is a powerful analgesic medication that is primarily prescribed to treat severe and chronic pain, though it is often also abused for recreational purposes. Fentanyl is part of a class of drugs called opioids, which activate naturally occurring opioid receptors in the brain. Fentanyl, a synthetic opioid, is roughly 50-100 times more potent than morphine, and significantly stronger than heroin. So how long does fentanyl stay in your system?

It is important for anyone taking fentanyl to understand that the effects of the drug last far longer than the high it provides. Different routes of administration result in varying half-lifes. Dosage also affects how long fentanyl stays in the system; different fentanyl patch strengths can cause people to withdraw at different rates.

No matter what dosage a person is withdrawing from, however, fentanyl withdrawal is generally arduous, dangerous, and requires medical supervision.

How Long Does a Fentanyl Stay in Your System?

Most drug tests are designed to detect opioids in the body. A fentanyl test kit or fentanyl urine test can measure fentanyl specifically. People take drug tests for a number of reasons. Some are regularly required by their employers to take drug tests.

Others take drug tests during legal proceedings or because their physicians are trying to determine if they are taking the correct dose of their medication. No matter what reason one is taking a test, they should understand that fentanyl can be detected long after the high has worn off.

Factors that affect how long fentanyl remains in the body include the strength of the dosage, how long a person was taking fentanyl, frequency of use, body weight, and general health. In general, however, a fentanyl urine test can detect fentanyl up to 24-72 hours after the last dose was taken.

Even after that, however, traces of fentanyl remain detectable in the body. Norfentanyl, a broken down metabolite of fentanyl, remains detectable in urine for 96 hours. Hair tests, while more labor-intensive than urine tests, can be used to detect fentanyl use even up to three months after use.

Does Fentanyl Show Up on a Drug Test?

People who suffer from fentanyl addiction or dependence face excruciating withdrawal symptoms when they stop using the drug. If you’re hoping to bypass these and wondering how to flush fentanyl out of your system, the unfortunate reality is that the only solution is waiting.

The timeline for one individual’s fentanyl withdrawal symptoms depends on a broad range of factors, including their personal health, the dosage of fentanyl they were accustomed to taking, whether they abused other substances as well, their age, and even their sex. However, most people experience fentanyl withdrawal in a number of distinct stages:

Withdrawing under supervision at an addiction treatment facility, however, can allow you to have social support, resources, and sometimes even medication that mitigates the more severe symptoms. Nonetheless, a period of withdrawal is inevitable.

Most symptoms peak within the first three days of withdrawal. After approximately one week most symptoms begin to subside. After a month, most people begin to feel normal. Nonetheless, fentanyl remains in the body in trace amounts.

Some people experience withdrawal symptoms for longer periods of time, however, despite having no more fentanyl in their system. This condition, known as post-acute withdrawal syndrome (PAWS), can cause people to experience cravings, mood swings, and other emotional disturbances for months or even years after withdrawal.

Getting help from a licensed therapist or addiction professional can help people manage symptoms of fentanyl withdrawal and PAWS.

Fentanyl and other synthetic opioids led to 31,000 deaths in 2018 alone. When fentanyl is abused, life-threatening respiratory depression can occur. When individuals use fentanyl consistently or at high doses, they can develop a tolerance. Unfortunately, this tolerance can wax and wane throughout a person’s addiction.

Following a short period of abstinence, a person who relapses and returns to their “normal” dose can easily relapse. When it comes to determining the riskiness of a fentanyl dose, it is often more helpful to think about an individual’s tolerance rather than the amount of fentanyl in their body.

Fentanyl overdoses can be reversed by administering the drug naloxone. This drug, which can be sprayed into an overdosing person’s nose, immediately sends them into withdrawal. Nonetheless, it is important to note that fentanyl remains active and present in their body.

In many cases, naloxone wears off before the fentanyl dose, causing the individual to begin overdosing again. For this reason, it is absolutely essential to make sure that anyone overdosing on fentanyl receives immediate medical attention, even if they have been supplied with naloxone.

It is important to recognize that even after a life-threatening overdose, most people return to abusing fentanyl. They may do so in part because the withdrawal symptoms people experience after being treated with naloxone are excruciating and debilitating, and returning to fentanyl is the fastest way of ending these symptoms.

Some people, recognizing the harms of fentanyl abuse, do manage to quit the substance. Doing so requires them to undergo a severe fentanyl withdrawal period, after which they are no longer physically dependent on the opioid. At this point, they can safely say that fentanyl is no longer in their system. It may come as a shock to hear that these individuals often return to fentanyl despite having no physical dependence on the drug. Why do so many people relapse?

The answer is that fentanyl addiction, which is known by the clinical term opioid use disorder, is a condition that is far more deep-set than mere fentanyl dependence. When a person suffers from an opioid use disorder, their need for their drug of choice remains strong even when they have been drug-free for a while and fentanyl is no longer in their system.

In many ways, then, the question should not be: how long does fentanyl stay in the system? After all, removing fentanyl from the body, even for a long period of time, is no guarantee against relapse. Instead, people suffering from opioid use disorders should be asking: how can I remain sober over the long term and rebuild my life?

Getting Help for Fentanyl Addiction

Fentanyl abuse has devastating consequences. Getting help for a substance use disorder early is the best course of action. Design for Recovery, a structured sober living home for men in Los Angeles, offers people with fentanyl addictions the support and resources they need.

Residents work to develop coping skills and strategies that they can implement to avoid relapse over the long term. As a community, young men at Design for Recovery take steps to build sober lives for themselves that they might never have dreamed of previously. At Design for Recovery, recovery is about more than staying off of fentanyl. It’s about achieving freedom and thriving in a new life.

how to get fentanyl out your system?

One way to get fentanyl out of your system is to simply stop taking the drug. If you have been taking fentanyl for a while, this may be difficult and you may experience withdrawal symptoms. It is important to talk to your doctor before stopping taking any medication, especially if you are taking fentanyl.

How does fentanyl make you feel?

If you’re wondering how fentanyl makes you feel, the answer is that it depends on how much you take. A small dose of fentanyl can produce feelings of euphoria and relaxation, while a larger dose can cause drowsiness and even lead to unconsciousness. Fentanyl can also have dangerous side effects, so it’s important to be careful if you’re using this drug.

What is Rainbow fentanyl?

Rainbow fentanyl is a dangerous new synthetic opioid that has been linked to several overdose deaths in the United States. This powerful drug is up to 100 times more potent than traditional fentanyl, and just a small amount can be deadly. Rainbow fentanyl is often sold as a cheap alternative to heroin, and users may not be aware of its increased potency.

Is fentanyl a carfentanil?

No, fentanyl is not a carfentanil. Carfentanil is a much more potent opioid than fentanyl, and is not typically used for human medical purposes. Fentanyl is sometimes used as a cheaper alternative to heroin, but carfentanil is not typically sold on the street due to its high potency and potential for lethal overdose. Carfentanil is primarily used as a large animal tranquilizer and is not meant for human consumption. If someone offers you carfentanil, it is important to know that this drug is very dangerous and should be avoided at all costs.

how to get fentanyl out of your system fast?

There are a few things you can do to help detox from fentanyl and get it out of your system as quickly as possible. First, it’s important to drink plenty of fluids. This will help to flush your system and make it easier to eliminate the drug from your body. It’s also important to eat healthy foods and get plenty of rest. These things will help to boost your immune system and give your body the energy it needs to detoxify. There are a number of detoxification products on the market that can also help to speed up the process. These typically contain natural ingredients that help to cleanse your system and remove toxins. If you or someone you know is struggling with addiction to fentanyl, it’s important to get help as soon as possible. This powerful synthetic opioid can be extremely addictive