Why Not Drinking in College Isn’t Weird in 2022 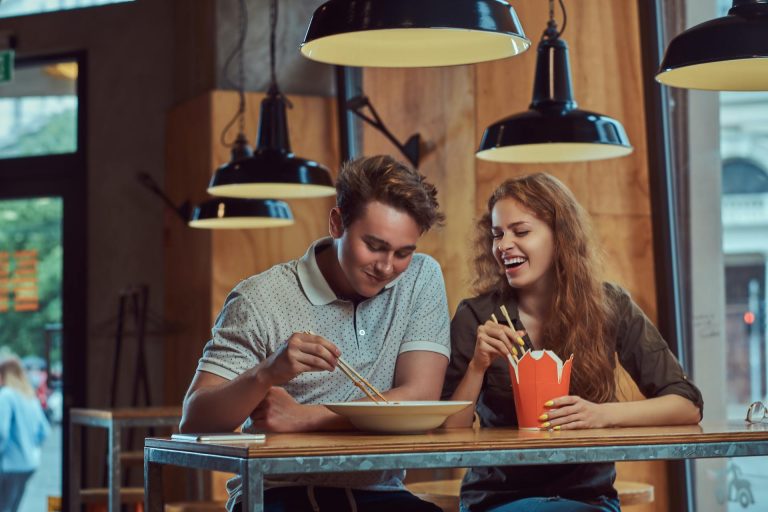 For young people struggling with addiction, choosing not to drink can be a difficult decision. It can seem daunting to imagine the rest of your life sober. But sometimes the most difficult aspect is saying “I don’t drink” in a social milieu where drinking feels like the norm.

Whether you’re a college student or a high school student, it is easy to imagine that staying sober will make you a social outcast. In truth, not drinking in college won’t ruin your life. It’s not weird to be sober while focusing on your education. In fact, staying sober has many benefits.

According to the National Survey on Drug Use and Health, 36.9% of college students engage in binge drinking. That’s a high number. But that also means the vast majority of college students do not engage in binge drinking. Sure, many of them might drink a glass of beer socially once in a while, but someone who drinks like that isn’t likely to pressure you to drink when you’re not comfortable doing so.

Why Not Drinking In College Isn’t Weird?

Are you mired in student loan debt? Are you pursuing a liberal arts degree and worried about your financial future? Perhaps you’re struggling to work two jobs while attending school full time. Most students are no stranger to financial fears.

Yet somehow most people overlook the expenses that regular substance abuse entails. The Bureau of Labor Statistics calculates that most Americans spend 1% of their gross annual income on alcohol. This means for the average household alcohol expenses are approximately $565 a year.

For college students, that number is higher, since heavy binge drinking is more common. For a student who drinks a $9 12-pack every two days, they spend approximately $1642.50 a year. That’s money that could go toward tuition — or toward a trip to Europe over the summer.

Hangovers can make your life miserable. They affect your social life by making you want to stay in bed watching Netflix in the fetal position (if you’re lucky enough not to have your face glued to the toilet bowl). Hangovers also cause many students to miss classes or fail to study for important exams.

These lost days are in some ways more quietly destructive than the crazy nights that people associate with drinking. Not being hungover all the time will likely allow you to balance your scholarly duties and your extracurricular social life in a way that regular drinkers often struggle with in college. Chances are, as a sober student, you’ll have a thriving social life as well as greater scholarly success.

Your College Experience Will Improve

While films depict the college experience as involving plenty of free-flowing booze and drugs, most of the seminal college experiences are possible — and often better — sober. Living in a dorm room, for instance, is sometimes a lot easier sober.

Many dorms have strict rules about students who are in possession of illegal substances. Extracurricular activities, with the exception of some frats, never require you to drink in order to engage in them.

Many extracurricular activities that require brainpower or athletic prowess will reward you highly for staying sober, mentally sharp, and physically healthy. While it’s true that frat parties might hold a bit less of an appeal for a sober student, it’s likely they hold little appeal for anyone who’s really honest with themselves.

Even at frat parties, however, most people who are drinking are too drunk to even notice that you’re not. Drunk people at parties are usually just doing their own thing. Everyone else is likely to be tolerant and empathetic to your situation.

The most common response will be total indifference. It’s 2020, and the vast majority of people know someone who is sober or openly recovering from addiction. Awareness is growing. The amount of substance recovery programs on college campuses rose from 29 in 2013 to more than 186 today. Chances are you’ll even meet a at least a few other college students who are in recovery.

It is important to remember that not only is being sober in college totally normal, but it is actually beneficial as well. Most students who opt not to drink find that their social and academic lives both improve. However, the vast majority of people who enjoy their sobriety do so as part of a recovery program.

Simply opting not to drink using sheer willpower is rarely sufficient, and for most is a recipe for a bad time. Using a recovery program such as Alcoholics Anonymous can provide young people with a blueprint for living that most people rarely have access to at so young an age. 12 step programs can also provide a much-desired sober community.

So even if it does feel slightly alienating at times to be sober in college, this community will stay with you along the way. For those who want more intensive sober community and structure, sober living homes are a popular choice for many young people. At these facilities, students can live in a home with other sober recovering alcoholics while still living a totally normal life in college.