What are the Withdrawal Symptoms of Alcohol 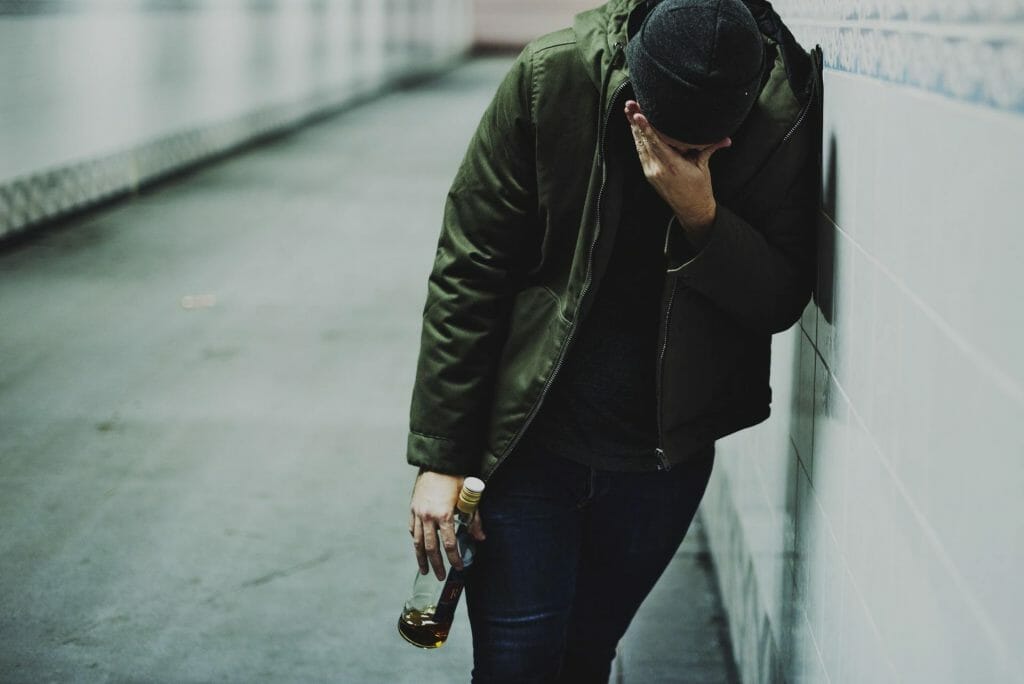 In the Big Book of Alcoholics Anonymous, co-founder Bill Wilson recalls his struggles with alcoholism. The chapter “Bill’s Story” recounts in vivid detail the terrors of withdrawal, and the toll it took on Bill mentally, emotionally, and physically.

“I began to waken very early in the morning shaking violently,” he says. “A tumbler full of gin followed by a half dozen bottles of beer would be required if I were to eat any breakfast.”

Bill later details numerous trips to the hospital as his mental and physical health rapidly deteriorate. He concludes, “My weary and despairing wife was informed that it would all end with heart failure during delirium tremens. . . She would soon have to give me over to the undertaker or the asylum.”

There is perhaps no better first-hand description of alcohol withdrawal. Luckily, Bill found a solution. He, and millions like him, found hope in the rooms of Alcoholics Anonymous.

However, overcoming the initial stages of recovery—where withdrawal symptoms can range from mild to severe—is sometimes difficult. It is useful to understand exactly what these symptoms are, as well as the resources available in treating them.

What is Alcohol Withdrawal?

Alcohol has what doctors call a depressive effect on your system. It slows down brain function and changes the way your nerves send messages back and forth. Over time, your central nervous system adjusts to having alcohol around all the time. Your body works hard to keep your brain in a more awake state and to keep your nerves talking to one another. When the alcohol level suddenly drops, your brain stays in this keyed up state. That’s what causes withdrawal.

Repetitive alteration of the dopamine levels in the brain can cause it to expect the presence of alcohol and therefore discontinue its production at previous levels without the substance. . . The more a person drinks, the more tolerant to alcohol the body becomes and the more dependent the brain may be on its interference. When the effects wear off, someone who is dependent may suffer from alcohol withdrawal symptoms that can range from mild to life-threatening.

What are the Symptoms of Alcohol Withdrawal?

According to American Family Physician, alcohol withdrawal symptoms begin six to 24 hours after the last intake of alcohol.

These symptoms range from mild to severe, depending on the individual and the severity of the alcohol use disorder. Other factors include medical history, presence of co-occurring mental health disorder, family history of addiction, childhood trauma, and stress levels.[1] American Addiction Centers breaks down withdrawal symptoms into three categories:

The most serious form of alcohol withdrawal is delirium tremens (DTs), which occurs in 3-5 percent of individuals in alcohol withdrawal, according to the New England Journal of Medicine (NEJM), and it can be fatal without treatment. . . DTs may not start for a day or two after alcohol leaves the bloodstream, and it can occur without warning.

It is primarily for this reason that alcohol withdrawal should be closely supervised by a medical professional who can continually monitor vital symptoms and ensure the individual’s safety during detox. Stopping drinking “cold turkey”is never recommended without medical supervision. Alcohol withdrawal can be fatal, as the brain and central nervous system experience a rebound after being suppressed by alcohol repetitively for an extended period of time. Sudden removal of the central nervous system depressant can be life-threatening.

Symptoms typically occur within eight hours of the last drink, but sometimes days later, according to the U.S. National Library of Medicine. Symptoms usually peak within 24 to 72 hours, but can last for weeks if untreated.[2]

Effective treatment can help alleviate withdrawal symptoms and provide therapy to address underlying issues at the heart of addiction. Finding the right treatment option may require an initial diagnosis from a licensed physician.

The U.S. National Library of Medicine breaks down several options: