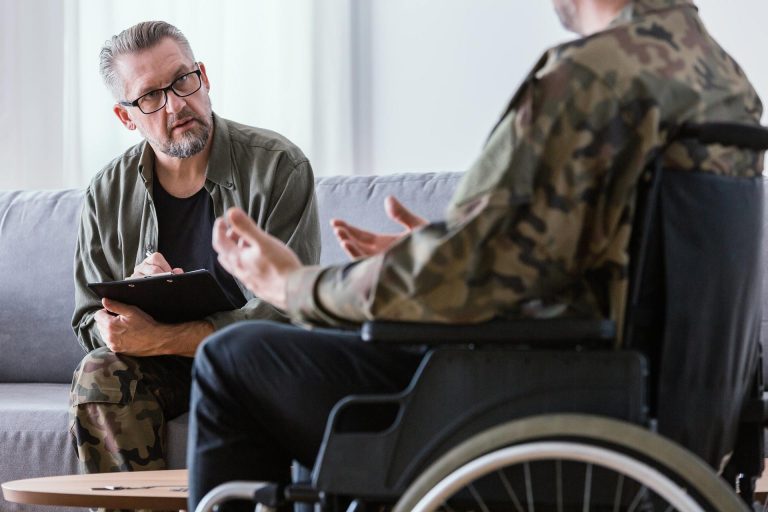 With the War on Terror still going on, the number of military personnel returning from deployment is increasing. Unfortunately, many veterans returning from war experience a variety of issues while transitioning to civilian life.

Veteran substance abuse is a growing problem in the United States. Many of them turn to addictive substances to help cope with their alienation from civilian life, where the rigid structure and discipline they relied upon previously is absent. Veterans suffer from high rates of mental health disorders, especially PTSD, which is linked to addiction.

They also tend to experience high rates of chronic pain and other physical ailments arising from combat. While prescription opioids and other medications can help with these symptoms, these drugs are also highly addictive. As a result, veterans are considered one of the more vulnerable populations for developing substance use disorder.

Frequency of Alcohol and Drug Use Among Veterans

According to the National Institute on Drug Abuse, veterans who underwent numerous deployments, saw combat, and suffered injuries are at the highest risk for substance abuse. Binge drinking is especially common. Among veterans seeking health care services for the first time from the Veterans Affairs health care system, 11% meet diagnostic criteria for a substance use disorder.

54.8% of individuals who experienced direct combat experience engaged in binge drinking, though other veterans also binge drink at a high rate of 45%. Part of this originates from a drinking culture that is prevalent among active military personnel.

What initially begins as a way to alleviate stress can transform into a major problem once civilian life begins. Problematic drinking and drug use also arises when veterans are forced to contend with mental and physical health problems.

PTSD and Substance Abuse Among Veterans

Veterans have a high rate of mental health disorders. Individuals who suffer from mental illness as well as a substance use disorder are referred to as “dual diagnosis” or “comorbid.” These populations have greater difficulty quitting addictive substances because their other mental illnesses can easily trigger a relapse.

In particular, veterans suffer from post-traumatic stress disorder (PTSD), a condition that arises after experiencing traumatic events. This is often colloquially referred to as being “shell shocked.” Significant combat exposure can be deeply traumatizing, and often the mental health implications of these experiences become apparent years later.

PTSD can be debilitating, causing flashbacks, sleep problems, memory issues, difficulty controlling mood. Many sufferers find it difficult to trust others or engage in activities that once gave them joy. As a result, many turn to the short-term relief offered by drugs and alcohol.

20% of veterans with PTSD develop substance use disorders. In fact, among veterans seeking treatment for addiction, 1 out of 3 meet the criteria for PTSD as well. Unfortunately, there is a lot of stigma surrounding PTSD, especially among former military personnel and many fail to seek treatment.

Veterans who have suffered injuries or suffer from chronic pain are at particular risk of developing addiction problems. Opioid painkillers are already heavily prescribed to civilian populations, but they are given even more readily to veterans. These medications, even when they’re taken as prescribed, can very quickly lead to physical dependence.

Once addiction sets in, it becomes difficult for an individual to control their use. They are likely to abuse their prescriptions by taking medications more frequently or in larger quantities. Many people who began by abusing prescription painkillers eventually turn to cheaper and more readily available alternatives, such as heroin.

As a progressive illness, opioid use disorder rapidly destroys veterans’ quality of life, relationships, job prospects, and mental and physical health. The greatest risk that veterans abusing opioids face is an overdose. Unfortunately, as the opioid epidemic rages on, the rate at which veterans die of opioid overdoses has dramatically increased.

65% more veterans died of opioid overdoses in 2016 than in 2010. Without proper treatment, increasingly higher numbers of veterans who managed to survive wartime are likely to face life-threatening drug problems back home.

The United States Department of Veterans Affairs offers health care services to all former members of the military, including quality addiction treatment programs. For someone with a debilitating physical dependence on drugs and alcohol, the first course of action to take is enrolling in a medical detox program.

Outpatient counseling programs offer similar services but with a higher degree of flexibility. Ultimately, staying in treatment longer lowers ones chances of relapsing.

Design for Recovery, a sober living home for young men in West Los Angeles, is the ideal place for veterans to begin rebuilding their lives while recovering from addiction. The program is highly structured and therefore suitable to veterans who crave the discipline and accountability that they found during active military service.

The strong program and social support system at Design for Recovery allows residents to achieve long term sobriety and a healthy, happy, and free civilian life. If you’re struggling right now and ready to make a change, contact us today.