8 Best Songs about Addiction and Recovery 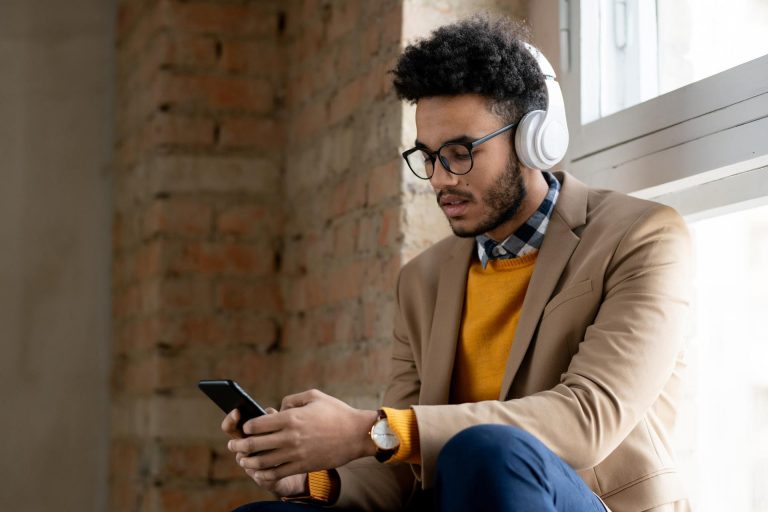 Many people claim, “Music is the soundtrack to my life.” But did you know music can be the soundtrack to your recovery as well? While there are countless popular songs that glorify drug and alcohol abuse, it should come as no surprise that often these very same musicians go on to produce songs about addiction they may be passing through.

Music can be relatable in a way that few art forms can be. During recovery from addiction, it is crucial to be able to connect with other people who are going through similar struggles. While having a strong sober support system consisting of actual people is certainly the best resource, music can be a source of consolation and inspiration throughout the day.

These songs about addiction and recovery can help you find your “rhythm” in recovery, whether you’re just getting sober or have several years under your belt.

“Not Afraid” by Eminem

This first song on the list is actually on an album called “Recovery.” Eminem produced “Not Afraid” after a period spent in an addiction rehab. On the album, he is vulnerable, emotional, and contemplative. He opens up about his addiction to prescription pills, and even his suicidal ideation during his active addiction. The song “Not Afraid” finds Eminem trying to connect with people who might also be struggling. He insists that while recovering from substance use disorders is difficult, it is possible — and it’s well worth it.

“Old Ways” is a song where Demi Lovato argues against people who insist that people can’t change. Her lyrics mention toxic people who doubt her ability to recover, or people who insist that relapse is inevitable. The song is a celebration of her new life in recovery, and it talks about how bright and clear the world is without drugs and alcohol. Demi Lovato wrote the song after multiple experiences in drug rehabs. For Lovato, her drug and alcohol addiction was connected to eating disorders. As such, when Lovato refers to old ways, she’s talking not just abuse drug and alcohol abuse, but all the old behaviors associated with them.

In the song, “Sober,” by Kelly Clarkson, the singer-songwriter seems to be talking about a romantic relationship. In fact, however, Clarkson uses the subject of a romantic relationship metaphorically to discuss addiction and recovery. Clarkson likens the end of an addiction to a break-up with a romantic partner. There are always painful feelings associated with recovery and break-ups, but ultimately Clarkson recognizes that both circumstances are opportunities for personal growth. In the song, she discusses what it is like to be three months sober and how she is growing each day.

“Breaking the Habit” by Linkin Park

Mike Shinoda of Linkin Park wrote the song, “Breaking the Habit” based on his experiences seeing a close friend struggle with substance abuse issues. The lead singer of Linkin Park, Chester Bennington, had for years had difficulties with both addiction and depression. Mike Shinoda wrote the song as a way for Bennington to understand how much his bandmates cared about him. In fact, Bennington’s wife and bandmates were part of the reason Bennington was able to get sober at all. They staged an intervention for him in 2006, helping him to begin his recovery journey.

“Dark Times” by the Weeknd

In the song, “Dark Times,” the Weeknd tells us about how every person experiences negative and painful periods of their lives. It mentions all of the different activities, including drug and alcohol abuse, that people engage in and ultimately regret. While the song may discuss the pain associated with substance abuse, it emphasizes the importance of these experiences for personal growth. Without these “dark times,” recovery is impossible. Recovery, the light at the end of the tunnel, allows us to emerge from these dark periods as stronger, more hopeful people.

Macklemore credits his success as a rapper and musician to his sobriety. In fact, he speaks in glowing terms about the rooms of Alcoholics Anonymous. His song, “Otherside,” is about how drugs and alcohol may seem fun and exciting at first, but ultimately they can have fatal consequences. In many ways, the song is also a critique of the music industry in general. Macklemore points out that musicians and the lyrics they write exert a powerful influence on young people. Rather than glorifying substance abuse, suggests Macklemore, it might be more helpful to connect with listeners and discuss their actual struggles.

“Under the Bridge” by the Red Hot Chili Peppers

Red Hot Chili Peppers vocalist Anthony Kiedis struggled for years with an addiction to narcotics. His difficulties with opioids affected his work, his relationships, and led to pitiful and demoralizing social isolation and loneliness. “Under the Bridge” is about the alienation and pain associated with opioid addiction. When Kiedis wrote the song, he was at first reluctant to show his bandmates the lyrics. Being vulnerable is hard, but it is an important part of recovery. His bandmates were ultimately supportive, and in fact the song was one of the Red Hot Chili Peppers’ breakout hits. Today, Anthony Kiedis is open about his sobriety, and he has even published a memoir about his recovery journey, entitled Scar Tissue.

“The A Team” by Ed Sheeran

When Ed Sheeran was 18 years old, he performed a gig at a homeless shelter, where he was able to witness first hand the devastating consequences of substance abuse. After listening to people’s stories about homelessness and addiction, Ed Sheeran was moved to convert these stories into music that could move other people as well. Shortly afterwards, Ed Sheeran wrote “The A Team,” which is about a sex worker who struggles with an addiction to crack cocaine.

Music can inspire and support us on our sober journeys, but it is still important to have a strong program of sobriety in place, as well as a social support system. Design for Recovery, a structured sober living home for men located in West Los Angeles, can provide both.

If you are inspired by any of these songs, keep in mind that even the richest and most famous musicians didn’t do it alone. If you are ready for a new way of life, reach out to Design for Recovery today.