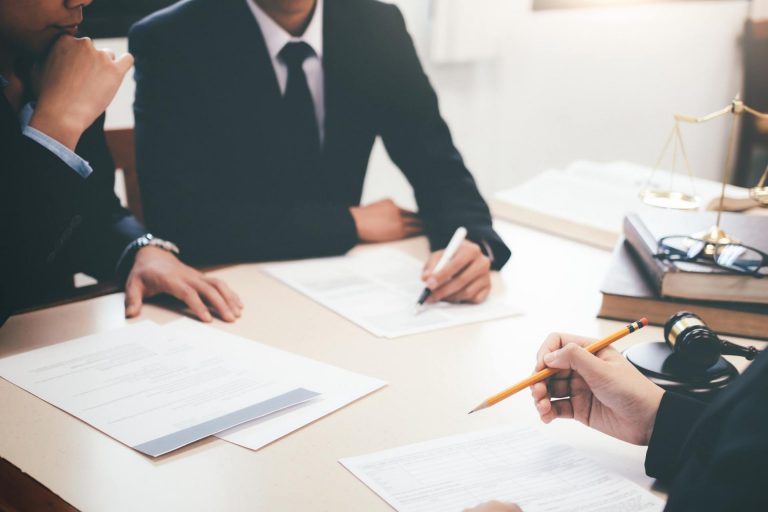 Drug abuse and addiction can cause a person legal problems that can seem insurmountable in the first weeks and months of recovery.

The National Institute on Drug Addiction recommends treating addiction as a health issue rather than a legal issue, but that doesn’t preclude legal problems arising from the addiction. When addiction is chronic, users tend to ignore and leave unresolved problems that a sober person might be more inclined to nip in the bud. Even minor legal issues can turn into risk factors for major problems down the road.

While many sober people receive parking tickets, they usually pay them right away. However, for an addict whose brain and behavior are wired for immediate gratification, these parking tickets might collect in a corner, leading to more severe consequences, such as their car being seized. For this reason, one of the most important aspects of recovery from a substance use disorder, aside from treating the mental health of the addict, is resolving legal problems.

At most inpatient treatment facilities, such as rehab centers and sober living homes, substance abuse itself is treated along with the lifestyle of the addict. One study on sober living found that merely living in a sober environment was sufficient for many addicts to make measurable improvements in their employment and, more crucially, their legal situations. However, many treatment centers also offer legal counsel and can put residents in touch with valuable services.

One such service is the Legal Action Center, which provides free assistance to recovering addicts who face legal problems associated with their past addiction. The services they offer range from brief informal advice sessions to full representation in a court of law. However, before reaching out to a lawyer or a consultant, it is often a good idea to become educated about the possible legal repercussions of an addiction.

Being convicted for driving under the influence of alcohol or an illicit drug not only puts an addict’s license to drive at risk, it can also result in exorbitant fines, fees, and even prison time. The best course of action is to consult a lawyer who specializes in these charges. A good lawyer can minimize these consequences and even in some rare cases get the DUI struck from the record.

Lisa Marie Presley, the daughter of singer Elvis Presley, recently opened up about the role prescription medications had in own divorce. After recovering from the birth of her daughters, a doctor prescribed her opioid medications for the pain. This prescription led quickly to a cycle of abuse that eventually harmed her marriage.

Addiction can do sometimes irreparable harm to an addict’s relationships with family and friends. As such, divorce rates for addicts tend to be higher than the norm. One study found that each liter of alcohol consumed per year increases the chances of a divorce by 20%. Another study found that mental health disorders are a leading cause of divorce, and substance abuse in particular was found to be a major factor.

One of the most painful results from addiction is the loss of child custody. For addicts who are parents, often one of the most pressing desires they have in the first few weeks of recovery is getting custody of their child back. However, it is usually a good idea to get their own life on track first so that they can make a strong legal case for being awarded custody.

Courts generally prefer not to step in and encourage parents to come to an arrangement on their own. Generally, taking some time to fix up ones life will make an ex-spouse more likely to consider sharing custody. Ultimately, however, it is usually a good idea to hire a third party mediator. If court becomes a necessity, evidence of sobriety from an inpatient treatment center can be of the utmost importance.

Even former addicts with years of experience in recovery occasionally face discrimination applying for housing or jobs. However, they should be educated on their legal protections. The Fair Housing Act makes discrimination on the basis of disability illegal, and substance abuse disorder is considered a disability. As such, recovering addicts who suspect they have been denied housing due to their history of substance abuse can and should seek legal representation.

Similarly, the Americans with Disability Act (ADA) makes it illegal for employers to discriminate based on past illegal drug use. Employers are still entitled to fire employees who are actively engaging in substance abuse. However, this firing must still be in line with company policy.

Legally, an employee who is drunk on the job and breaks a company rule must be treated the same way as a sober employee who breaks that same rule. If you suspect that you have been unfairly discriminated against as an employee, contact the US Equal Employment Opportunity Commission, a government bureau responsible for enforcing workplace civil rights.

The vast majority of addicts get sober because they have lost aspects of their life that they value. Recovery, whether at an inpatient treatment center or simply by attending 12-step meetings, involves fixing not just the addict’s relationship with their drug of choice, but improving all aspects of their lives.