Friends Star Matthew Perry Opens Up About His Addiction 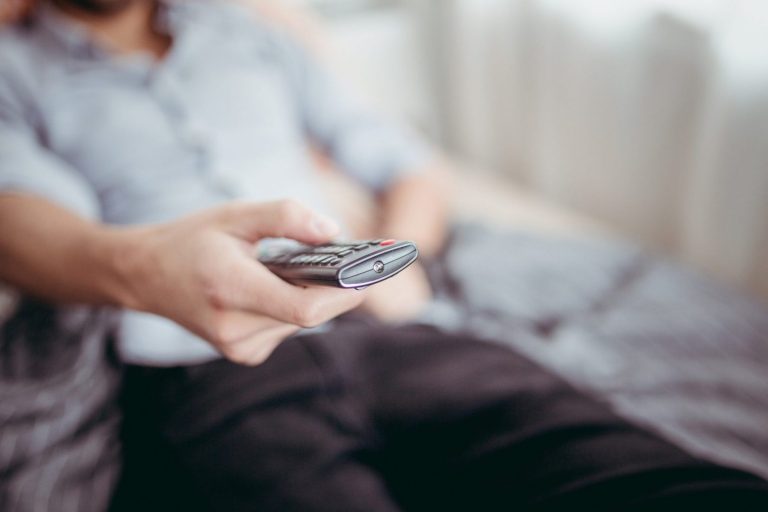 Matthew Perry, one of the stars of the TV sitcom Friends, spent 1994 to 2004 playing the role of Chandler Bing. Despite playing a goofy and zany character on TV, Matthew Perry has dealt with significant darkness behind the scenes. For years, Perry dealt with a substance use disorder. While much of this was kept out of the limelight at the time, Perry has been more forthcoming in recent years about discussing his struggles. In a recent interview with OK! Magazine, the television and film star opened up about his difficulty with substances.

In 1997, during the height of his TV show Friends’ popularity, Matthew Perry enrolled in a residential program for addiction. At the time, Perry had been struggling with an opioid addiction. Despite his success, Perry wasn’t happy. After being prescribed the painkiller Vicodin after a wisdom tooth removal, Perry discovered that drugs could temporarily relieve his emotional pain. When the drug was prescribed again after he was injured in a skiing accident, Perry became physically and psychologically dependent on it. It took a 28 day stay in an addiction program for Perry to finally stop using the drug.

The United States currently suffers from a significant opioid addiction crisis. In fact, in 2017 alone opioid overdoses accounted for over 47,600 deaths in the United States. While for decades heroin was the most significant drug implicated in the opioid epidemic, the main driving force of the opioid epidemic now is prescription opioids. Many prescription opioids are many times more powerful than heroin. Fentanyl, for instance, is 50-100 times more powerful than morphine and dozens of times more potent than heroin. Unfortunately, it is a commonly held belief that prescription drugs are inherently safer than so-called “street drugs,” leading many people who are prescribed opioid painkillers to abuse them and become addicted. Matthew Perry’s case is no exception.

Matthew Perry’s case clearly demonstrates that individuals can have an addictive personality despite an outward appearance of success. This is one of the reasons that Perry is choosing this time to open up about his struggles. People like Matthew Perry who successfully hold onto jobs and maintain their appearances are often in denial about their addiction. These so-called “functional addicts” or “functional alcoholics” are often unable to face their problems because their lifestyles don’t match the picture in their heads of what an addict’s life looks like. Perry opened up because he hopes that both addicts who are “functional” and those whose lives are destroyed get help as soon as possible. After all, few are functional for long.

While Perry’s treatment for Vicodin addiction is relatively common knowledge, few know that he suffers from other mental health disorders that are often associated with addictive personality traits. After working to end his Vicodin addiction, Perry actually visibly developed symptoms of an eating disorder. While his extensive weight loss — over 20 pound — was initially attributed to pancreatitis, it eventually emerged that he was suffering from disordered eating related to his addiction. Opioid use often causes people to lose extensive amounts of weight, and Perry’s weight loss was compounded by stress and perhaps anorexia. Addictive qualities are frequently associated with increased rates of anxiety, eating disorders, and other mental health disorders.

In 2001, 4 years after his initial Vicodin treatment, Perry checked himself into another addiction program. This time, he needed polysubstance dependence treatment. What is polysubstance dependence? In short, polysubstance dependence is characterized by regular use of at least three different drugs. Matthew Perry didn’t merely suffer from opioid use disorder, but was abusing amphetamines, alcohol, and methadone. Having an addictive personality can make it easy to develop dependence on substances, even substances like methadone that are designed to help addicts recover. Before finally nipping his substance use disorder in the bud, Perry’s addiction had gotten so bad that there are three years of Friends that he simply doesn’t remember working on.

Whatever the causes of addictive personality are, today Perry recognizes the relationship between his personality and addiction. In his recent interview, he detailed the efforts he is making to ensure his continued sobriety. These efforts include keeping in touch with his close friends and co-stars, avoiding triggering situations, working with medical professionals, and spending time with family away from the hustle and bustle of Hollywood.

If you feel that you have the characteristics of an addictive personality, even if you’re not a hotshot Hollywood celebrity, there’s a high likelihood that you need support. Sober living homes can help people to develop the skills, social support system, and coping tools they need to remain sober. Perhaps more importantly, though, they help people live meaningful and joyful lives in sobriety. Individuals who have the signs of an addictive personality often struggle to approach life in a healthy manner even after quitting substances, which can either make them miserable or even lead them to relapse. At a sober living home, residents work to stay sober long-term while strengthening their values and taking steps toward new life goals.

The first step for recovery is simply reaching out for help. This requires being humble and honest with yourself. If actor Matthew Perry can step out of his goofy character to face himself, so can you.