Making it Through a Concert Sober 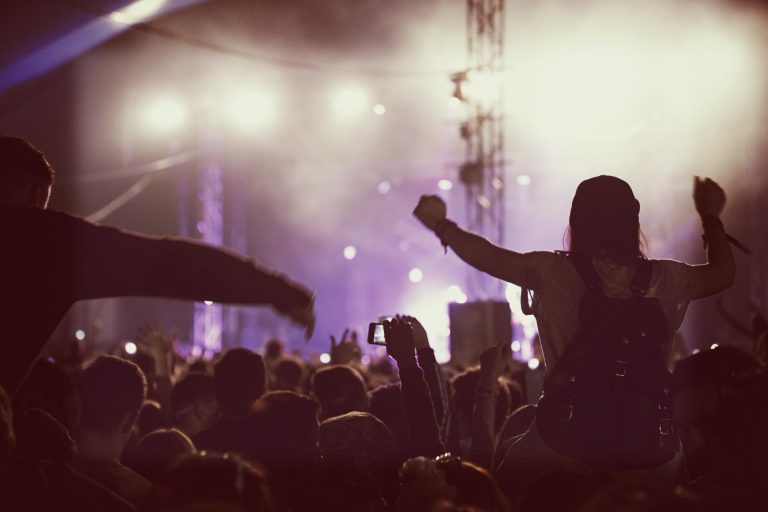 Enjoying live music at a concert or festival is one of life’s greatest pleasures. Unfortunately, is it associated with many of us with the use of alcohol or other mood-enhancing drugs. Attending a concert or music festival sober can seem unthinkable for those who are new to recovery. However, it is still possible to have an amazing time without the use of alcohol, weed, or LSD. Check our tips for making it through a concert sober.

In fact, while it may at first take some getting used to, watching live music is in many ways a better experience when drugs are out of the picture. Generally, though, for your first couple of times, it is usually a good idea to keep a few words of advice in mind. If you do, things should go pretty smoothly.

Tips For Staying Sober At A Concert

Saying No to Drugs and Alcohol Without Making it Weird

It is easy to feel triggered in a concert environment. You’ll likely smell weed and alcohol and see people who appear to be having a good time on these substances. The trickiest part, however, is saying no to these people without alienating them or feeling alienated yourself. It is important to keep in mind that the majority of people offering you alcohol will not interpret your refusal as anything bizarre.

There’s no need to explain your history of drug addiction and recovery. The vast majority will just assume you’re not in the mood — or something similarly benign. If, however, for some reason you do find it necessary to explain that you’re a sober recovering addict, many people will find your ability to confront your demons admirable. Some will even be inspired and might ask you questions as a prelude to seeking your help for their own substance problems.

One of the most important aspects of any addiction recovery is developing a sober community. Going to a concert sober — and alone — can be very difficult. For many alcoholics, part of what drives the impulse to drink is a desire to fit in and be a part of. Having a sip of beer or a hit of a joint can, during a dark moment, seem like the solution to feelings of separateness.

By inviting a fellow sober addict or alcoholic, not only will you have someone who will be supportive of your decision to remain sober, but you’ll also decrease feelings of alienation. Chances are, with a friend at the concert with you, you’ll also have a lot more fun. Bonus points if you invite a group of friends!

Focus on Enjoying the Music and Having a Good Time

Chances are, you can name at least a few concerts you attended that you have no memory of whatsoever. Blacking out at a concert from drinking is generally a recipe for a bad time. While many people at concerts may be laughing and smiling while they smoke and drink, the results hours later are usually hidden away in bathrooms or other private areas.

What a shame to spend half of a festival throwing up while a friend holds your hair back, or getting into an alcohol-fueled fist fight, or having a panic attack from too much THC. By remaining sober, you vastly decrease the chances of a mishap like that occurring. You’ll actually be present for the concert.

Remember that Your Favorite Song is Already Good

Why are you going to a concert in the first place? More likely than not, you are a fan of the artist or band. It’s about the music, silly. While it may be tempting to try to enhance the overall concert experience by using mind-altering substances, chances are this is only necessary for people who aren’t real fans of the music.

If you like the music being played, enhancement is hardly necessary. Music, according to recent studies, is similar to drugs in that it causes the release of feel-good chemicals in the brain. So if you’re ever in doubt, just remind yourself that the only high you’ll ever need is your favorite sober songs.

Staying Sober at Design for Recovery

Being able to attend concerts and festivals while sober is a hard-won privilege. People who are actively immersed in the cycle of drug abuse will find it very difficult to walk into a concert without picking up some drugs. Even people with a few weeks sober under their belt will find it difficult unless they have a strong program of recovery that they can rely upon.

Design for Recovery is a sober living that not only helps addicts quit using substances over the long term, but also helps them relearn how to live their lives. House managers work with addicts to improve their well being and tackle underlying issues that affect addiction. Over the course of their residency, recovering addicts at Design for Recovery grow and develop as human individuals.

By the end of your stay, you’ll have dozens of people with whom you can attend concerts. Contact Design for Recovery to learn more.