Nestled between the Santa Ynez mountains and the Pacific Ocean lies the beautiful city of Santa Barbara, known sometimes as “the American Riviera.” Its Mediterranean climate and idyllic beaches also make it a relaxing place to get sober. Santa Barbara has a population of 91,350 people, though the broader county contains approximately 423,895 people. In terms of demographics, the city of Santa Barbara is fairly homogeneous, with a 71% white ethnic makeup.

While the average household income of $71,657 is fairly high, 13% of the population lives under the poverty line. The city is located only a short distance from Isla Vista, Montecito, Mission Canyon, Hope Ranch, and Summerland. Santa Barbara is home to a variety of high education institutions, including UC Santa Barbara, Antioch University, and Santa Barbara City College. It is also a popular resort town, attracting visitors from all over the world who hope to relax and enjoy the sights.

Given its secluded natural beauty and proximity to universities containing high populations of young people, Santa Barbara is an ideal place to meet the needs of the sober community.

Unfortunately, Santa Barbara is not quite the paradise it appears to be on the surface, as the city is currently suffering from the effects of population-wide substance abuse problems. The opioid epidemic in particular has struck the city hard, with opioid-related deaths almost doubling California’s average. Opioids are more heavily prescribed in the area, which is a risk in and of itself, but also increases the rate at which people turn to more readily available alternatives like heroin.

In 2018 Santa Barbara reported 648 emergency room visits due to drug overdose, with 69 of those visits ending fatally. As elsewhere in the United States, other drugs like alcohol and crystal meth have also done considerable damage to the social infrastructure of the city.

Fortunately, Santa Barbara has a surplus of resources for people who are hoping to get sober, from rehabs to sober living homes.

Check out our welcome video to learn more about life at Design for Recovery, a sober living community based in beautiful Los Angeles, California. Begin your new sober life with us and learn the skills you need to thrive. 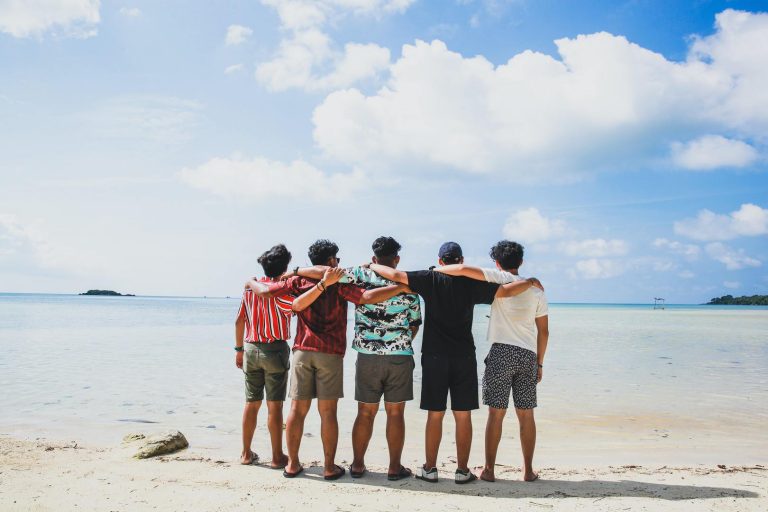 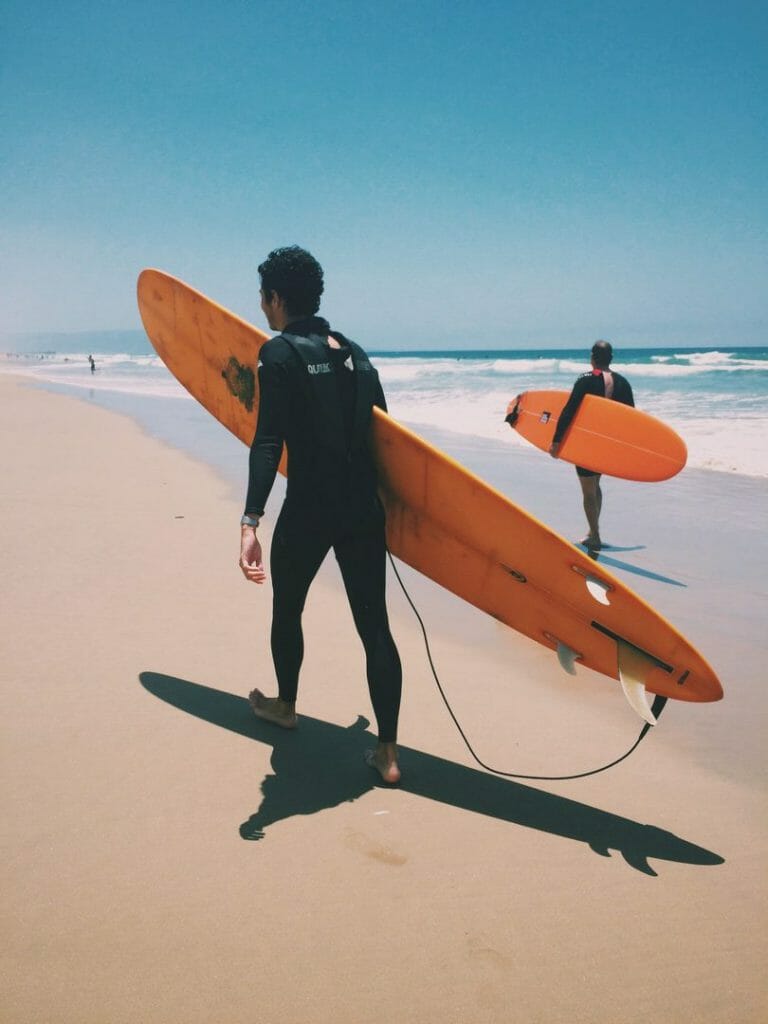 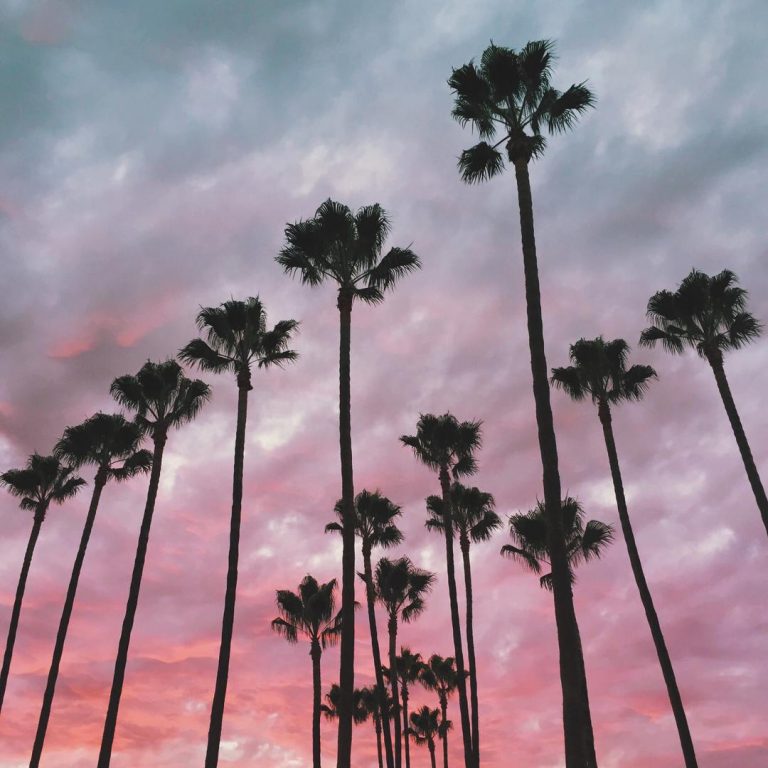 What is a Sober Living Home?

For anyone hoping to treat their substance use disorder, Santa Barbara is a welcome and supportive place to recover. Various 12-step programs, such as Alcoholics Anonymous (AA) and Narcotics Anonymous (NA) have a thriving presence in Santa Barbara and its surrounding neighborhoods. Every day, dozens of AA meetings take place from early morning to late at night.

At meetings for AA in Santa Barbara, anyone who wishes, no matter their stage of sobriety, can share stories, build relationships, receive support, and learn new coping strategies conducive to long term sobriety. 12-step meetings are entirely free of cost and widely accessible throughout the Santa Barbara. Alcoholics Anonymous and other 12-step programs are limitless resources for anyone trying to achieve sobriety, including people who already have long term sobriety.

Santa Barbara also contains a wide variety of other self-help and support groups as well, from outpatient group therapy programs to 12-step alternatives like SMART Recovery.

Individuals who hope to get more intensive care for their addiction problems can turn to the wide variety of treatment centers in and around Santa Barbara. These include rehabs, and outpatient treatment centers. At one of Santa Barbara’s many treatment centers, people can obtain access to safe spaces, resources, and community support that will enable them to achieve long term sobriety.

While achieving sobriety is possible in any location, Santa Barbara is home to an enormous and supportive sober community as well as a wide variety of treatment centers to choose from. The city also has the additional advantage of being a secluded natural environment, removed from the hustle, bustle, and stress of urban life.

What Are You Waiting For?

Join us at Design for Recovery sober living homes in Los Angeles, California.

San Diego and its surrounding areas are also home to a variety of recovery options for people who hope to get more intensive care for their substance abuse problems. Rehabs, halfway houses, and sober living homes provide individuals with safe spaces and resources that allow them to focus all of their energy on the process of getting sober.

Inpatient treatment centers and sober living homes allow addicts to take up full-time residency with other sober people who are working to develop a new way of living. Outpatient programs offer flexibility to individuals who have work, school, or family commitments that prevent them from committing to a residential program. These services allow people to receive counseling, build a sober social support network, and learn new coping techniques.

While it is possible to get sober anywhere, San Diego has the unique advantage of having a wide variety of treatment centers to choose from — as well as being an agreeable and exciting neighborhood to get sober in.

Santa Barbara has a number of attractions for tourists and residents alike. You don’t have to be intoxicated to enjoy these activities. “Sober fun” might sound like an impossible contradiction in terms to someone who has just detoxed — or it might sound intimidating. However, for people who are making use of the many 12-step groups and treatment centers available in and around Santa Barbara, sober fun is not a pipe dream.

Having sober friends around can make an activity that was previously unimaginable without alcohol into an exciting and meaningful experience that you’ll actually be able to recall afterwards. Fun activities to do sober in Santa Barbara include:

Stearns Wharf – Visitors to Stearns Wharf enjoy breathtaking views of the harbor as well as a chance to rent a bicycle.

Santa Barbara Zoo –This zoo offers an incredible giraffe feeding stations, where anyone can enjoy the rare experience of providing nourishment to this lock-necked mammal.

Santa Barbara Museum of Art – Enjoy the museum’s permanent collection or check out one of their current rotating exhibits.

Whale Watching Tours – Join a cruise and see how many blues whales, gray whales, and humpback whales you can spot! These amazing beasts are plentiful around Santa Barbara.

Lotusland – This dramatic garden, located on the estate of flamboyant opera singer Madame Ganna Walska, is filled with a wide variety of cacti, spiky cycads, euphorbia, and agaves.

Santa Barbara Harbor – This harbor is a great place to watch wild seals or get a delicious seafood dinner.

Paseo Nuevo – This outdoor shopping center is a great place to walk around and do some people-watching even if you don’t end up purchasing anything at its many boutiques. 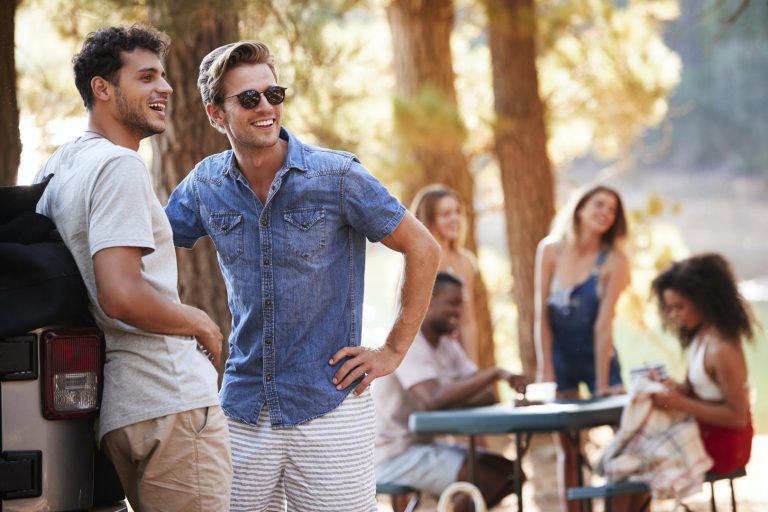 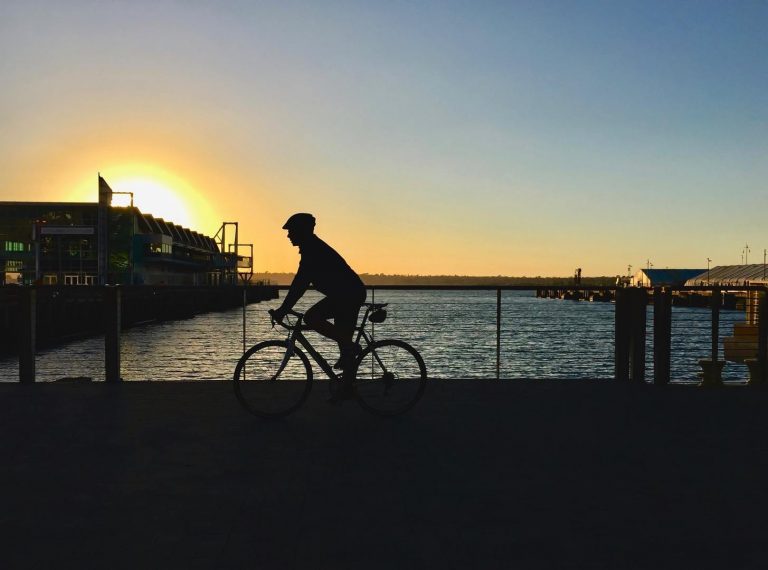 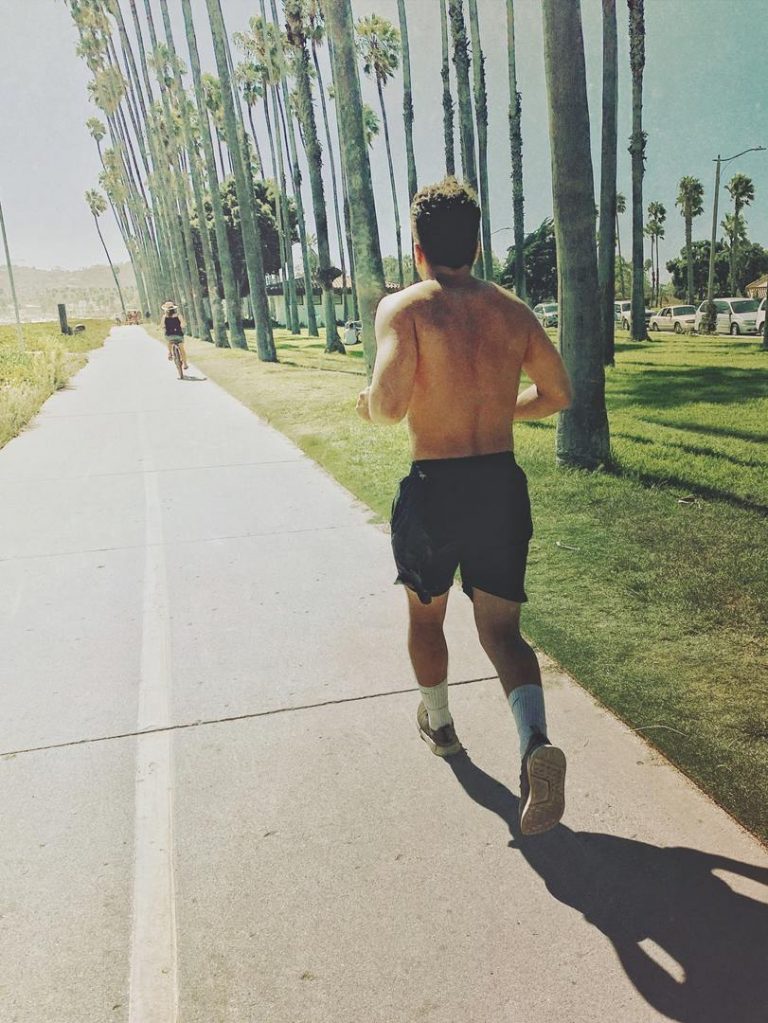 At a Santa Barbara sober living home, individuals can take advantage of the seclusion provided to reintegrate into the world at a comfortable and unhurried pace. Studies have actually proven that those who remain in a recovery program longer are less likely to relapse down the road. People seeking sober living homes have a number of options to suit their unique situations in Santa Monica and its surrounding neighborhoods.

When researching and selecting a sober living home, it is important to look out for a number of qualities. These include:

Finding a Sober Living Home Near Me

For individuals hoping to enroll in Santa Barbara sober living home, there are a number of resources available to use. Caseworkers at treatment programs can provide sober living home recommendations to recent graduates as they begin implementing an aftercare treatment plan. For people who are not affiliated with a treatment center, members of 12-step meetings can also often provide recommendations. Another resource that is readily available is the website of The Sober Living Network.

This organization makes sure sober living apartments and houses meet quality standards. Sober homes that are judged safe, well-managed, and ethical can become members of The Sober Living Coalition. To find more information about these approved facilities, you can take advantage of The Sober Living Network’s search tool.

Design for Recovery is committed to the idea that recovery from drug addiction is about more than just physical abstinence from drugs and alcohol. The process of recovery involves dealing with the underlying issues that drive a person to substance abuse as well as developing the tools and coping techniques required for long term success in life outside of a treatment center.

Design for Recovery offers a number of services to aid people along their paths to recovery. These include:

The managers of Design for Recovery possess a wealth of experience in recovery and structured sober living homes. They are passionate about helping young men who are trapped in the vicious cycle of addiction. This sober living for men makes it its mission to help individuals build a stable foundation for living. Through following the Design for Recovery program, countless young men have been able to break free from the chains of addiction. 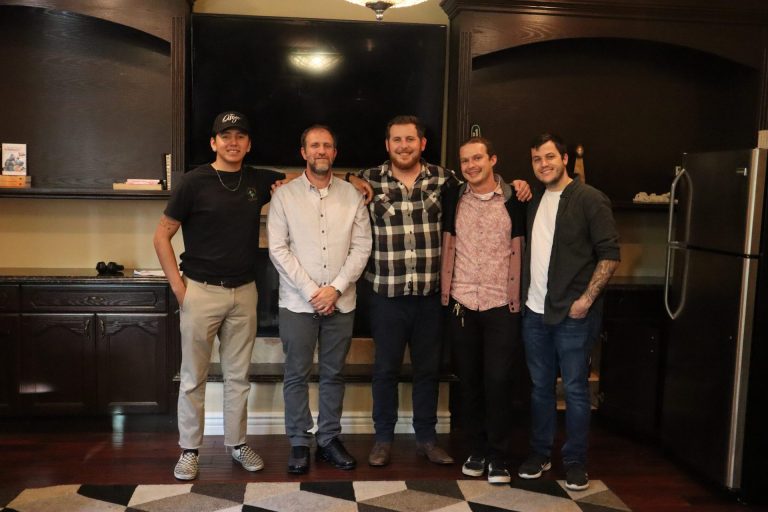 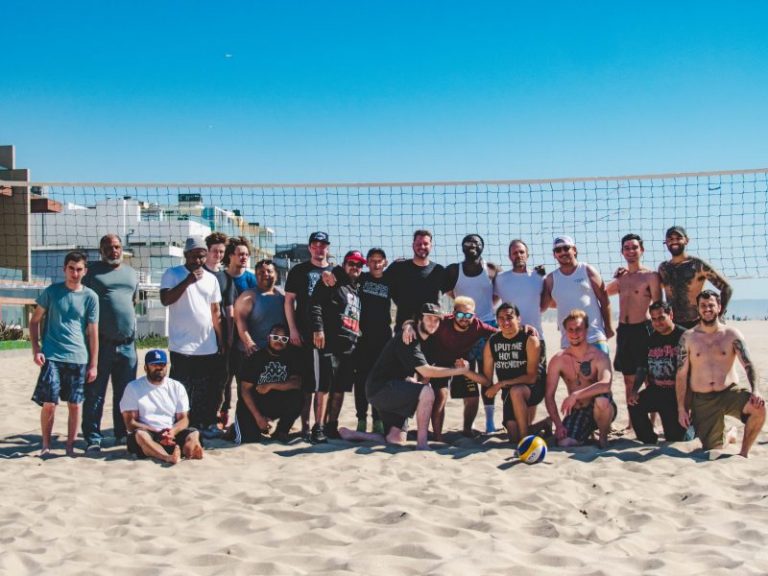 Individuals living in Santa Barbara who are suffering from substance use disorder would benefit from enrolling in Design for Recovery. Located in nearby Southern California, Design for Recovery offers individuals a safe sober community and a structured program of behavior modification strongly rooted in the principles of the 12 steps.

For those seeking more information about the history of Design for Recovery, its core values, or details about the day-to-day schedule of its program, feel free to reach out and contact us today.

Our residences are centrally located near the beach, downtown, and LAX Airport. We provide a safe and comfortable base for young men to involve themselves in the community and to thrive as new and growing individuals.

Reach Out to Us Today