Is Fentanyl an Opiate? 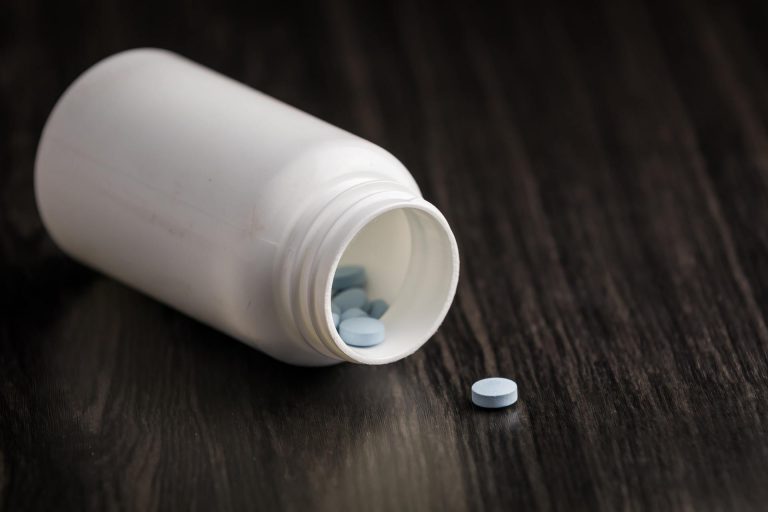 Fentanyl currently dominates the news, with story after story being written about lives being prematurely cut short due to a fentanyl overdose. Most people understand that fentanyl is a dangerous drug, but what it’s used for or why it’s so prevalent. The common stereotypes associated with drug addicts and drug addiction may lead people to believe that the majority of drug abuse happens only with illicit “street drugs.” For this reason, when people think about the opioid epidemic that is currently devastating the United States, they may think of heroin, a recreational street drug that has no legally recognized medical use.

While heroin is a dangerous drug that has historically played a large role in the opioid epidemic, it may come as a surprise to people that the drug currently most responsible for the rise in drug overdoses is a perfectly legal prescription pain medication: fentanyl. What is fentanyl? Heroin and fentanyl are both opioids. While one may be illegal and the other one has recognized medical uses, it can be useful to understand the similarities among the members of the opioid class of drugs.

Opioids are a class of drug that targets and activates opioid receptors. Opioid receptors are naturally located throughout the brain, spinal cord, and the digestive system. When opioid drugs bind to opioid receptors in a person’s brain, they release a great deal of dopamine, a neurotransmitter that is responsible for feelings of pleasure and reward. As such, opioid drugs provide people with a feeling of euphoria, often referred to by recreational users as a “high.”

Opioids, however, have a significant role in the treatment of pain. The activation of opioid receptors actually blocks pain signals in the brain. For this reason, many opioid drugs are analgesic (or pain-relieving) medications that are absolutely essential for surgeries, dealing with acute or chronic pain, and responding to severe injuries.

Despite their important role in the treatment of pain, however, opioids are also powerful drugs of abuse. The dopamine that is released when opioids bind to opioid receptors causes people to develop a physical dependency.

Dopamine is the brain’s way of rewarding itself and it is an important neurotransmitter in the decision-making and motivation centers of the brain. When large amounts of dopamine are released following a certain behavior (such as taking an opioid drug), that behavior becomes reinforced.

Opioids release such high quantities of dopamine that it can rapidly become difficult for a person to say no to the drugs. These addictive drugs also have a very high potential for overdose. In 2018 alone, 46,802 people in the United States died as a result of an opioid overdose. For this reason, medical opioid use is generally tightly supervised. Nonetheless, a thriving black market for opioids exists today — and fentanyl products such as fentanyl powder, the fentanyl patch, and fentanyl pills dominate that market.

What Kind of Opioid is Fentanyl?

Opioids are roughly divided into three different types. Natural opioids are derived directly from a plant called the opium poppy. This plant is naturally psychoactive. Ingestion of the opium poppy and its derivatives for medical and recreational purposes has a long history going back thousands of years. Morphine, the predominant opioid in the opium poppy, was isolated in the early 19th century.

Morphine, a natural opioid, is today the standard by which the potency of other opioids are measured. Soon after the development of morphine, scientists worked to try to develop forms of opioids that would be non-addictive; they failed to do so, but in the process they developed semi-synthetic opioids such as heroin, oxymorphone, and hydrocodone. These drugs turned out to be significantly more potent than their natural forbearers. In 1932, the first fully synthetic opioid, meperidine, was manufactured.

Fentanyl, which entered the market in 1968, is a fully synthetic opioid that is known for it extreme potency. How much stronger is fentanyl than morphine? Fentanyl compared to morphine is roughly 50 to 100 times stronger. However, due to the high demand for fentanyl, a plethora of illicitly produced fentanyl analogues has recently begun flooding the market. These fentanyl analogues can be many times stronger than traditional prescription fentanyl. One such analogue, carfentanil, is 10,000 times more potent than morphine.

Fentanyl remains an important opioid drug in medical contexts. In fact, the World Health Organization placed it on their List of Essential Medicines. Nonetheless, this drug is currently causing skyrocketing addiction rates. Recreational drug users buy fentanyl online and on the streets. It is also frequently added to other drugs by drug dealers who are trying to increase their products’ potency.

As a result, many recreational drug users who are intending to use methamphetamine, heroin, or cocaine, end up inadvertently taking fentanyl. By combining this powerful opioid with other substances, users expose themselves to the life-threatening risks of drug interactions. As a result, this ostensibly helpful drug takes countless lives every day.

Opioid Abuse Treatment: Getting Help for an Opioid Addiction

According to statistics released by the National Institute on Drug Abuse, 8% to 12% of people who take prescription opioids develop an opioid use disorder. Fentanyl abuse can rapidly transition to oxycodone or heroin abuse.

No matter which opioid a person uses, opioid addiction is a severe and debilitating condition that requires treatment. While detoxing from fentanyl and other opioids is an essential first step, physical abstinence is only the beginning of opioid addiction recovery. It is important to take additional steps to avoid relapse and rebuild ones life. Successful opioid addiction treatment is highly linked to the length of a person’s treatment.

Design for Recovery, a structured sober living home for men in West Los Angeles, offers people a long-term solution for addiction recovery. Following withdrawal, residents work together over a considerable period to build the tools and social support systems they need to maintain their sobriety.

In a safe, comfortable, and trigger-free home, individuals with shared backgrounds in opioid addiction can share their experience, strength, and hope with one another. Trained and dedicated staff members work with each resident on an individual basis to assist them not only in developing solutions for the challenges they face in sobriety, but in building their lives up again.

Opioid addiction is a serious medical condition, but for those who are willing to seek help and commit to the process, recovery offers a new way of life. Formerly hopeless individuals graduate from Design for Recovery with the confident knowledge that addiction is a thing of the past. If you are interested in learning more about Design for Recovery, contact us today.