How Long Does Salvia Stay in Your System? 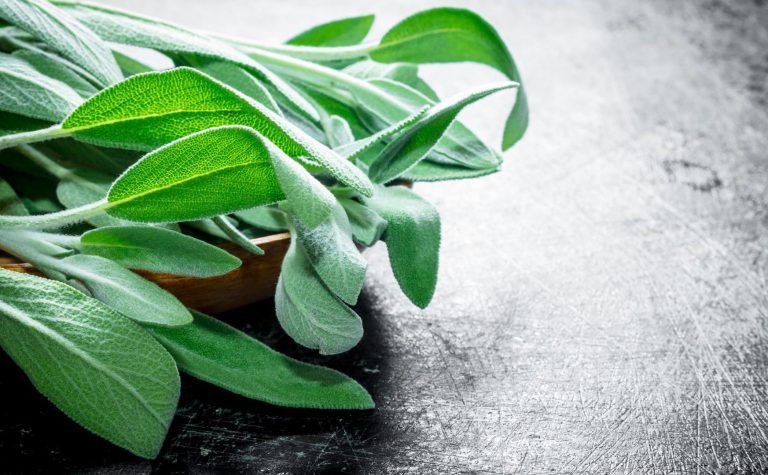 How long salvia stays in your system depends on a number of factors that vary from individual to individual. However, getting a better understanding of salvia can help people predict how their bodies will process the drug. Individuals who regularly engage in salvia abuse, for instance, tend to process the drug differently than those who have only tried it once. Furthermore, salvia abuse is often complicated by polysubstance abuse: most people who abuse salvia do so while also using other drugs, and this can change how a person processes and reacts to the drug.

Salvia divinorum, often known as salvia, goes by a number of other names as well: ska maría pastora, seer’s sage, sage of the diviners, and yerba de la pastor. It is a natural herb that falls under the salvia genus. Other species that fall under this genus, such as salvia hispanica and salvia miltiorrhiza, have no psychoactive properties. Salvia divinorum, however, can produce a wide range of hallucinogenic effects when it is chewed, smoked, or consumed in a tea. The plant is native to Oaxaca, Mexico, and the drug is widely available throughout North America.

Salvia has been used for its psychoactive properties for thousands of years. Indigenous Mazatec shamans used salvia in many of their rituals and traditions. They believed that using salvia could help people achieve visionary states of consciousness while undergoing spiritual healing sessions. Today, salvia is primarily used by recreational drug users between the ages of 18 and 25. However, its popularity among young people is relatively new, so the drug has not been researched as much as other drugs of abuse. In fact, the drug is so under recognized that it remains legal in much of the United States. The FDA has not banned it and the Drug Enforcement Administration (DEA) has not listed it as a controlled drug. Nonetheless, the active ingredient of salvia, salvinorin A, is widely recognized as the most powerful natural hallucinogen.

How Long Does a Salvia High Last?

The effects of salvia, also known as the salvia “high,” generally only last for a short period of time. The length of the salvia high depends greatly on the route of administration a person uses to consume salvia. When individuals smoke salvia, the high begins rapidly, often in less than 30 seconds. When the drug is chewed or consumed in a tea, however, the high can take between 5 and 10 minutes to begin. Smoking salvia is the more common method. After smoking salvia, users can generally expect to experience short term effects for approximately 30 minutes, though the peak effects usually dissipate far sooner.

What Are the Effects of Salvia?

As a hallucinogen, salvia causes people to experience, see, feel, or hear things that are not real. The hallucinations and delusions that salvia induces can feel dream-like and surreal. Users are often unable to distinguish between things that are there and objects that they’re imagining. Common effects of taking salvia include:

Many of these effects can be frightening to users. Like other hallucinogens, salvia can induce experiences that are potentially traumatic for users. When salvia is consumed alongside other drugs, the salvia high can lead to even more dangerous psychotic episodes.

Salvia’s subjective effects aren’t the only rapid aspects of this drug. The half-life of salvia is also extremely short. In clinical tests, researchers have demonstrated that salvia’s half-life in a person’s blood is only about 60 minutes. In comparison to other recreational drugs, salvia’s half-life is very quick. The prescription opioid oxycodone, for instance, has a half-life of between 2 and 4 hours. These substances are therefore far easier to detect when people take drug tests. In contrast, salvia is very difficult to detect.

Does Salvia Show Up on a Drug Test?

Drug tests can detect salvia. However, because salvia is processed by the body so quickly, the window to detect salvia using a test is extremely short. In many cases, salvia cannot be detected after 12 hours. Ultimately, whether or not salvia can be detected by a test depends largely on the type of test that is used. Specialized drug tests that are specifically designed to test for salvia can sometimes detect salvia up to 36 hours after it is used. An even more specialized test that measures gas levels in blood can sometimes detect infinitesimal traces after multiple weeks. Tests that can be used to detect salvia include:

However, these specialized tests are often quite expensive and not widely available. The standard drug tests that employers, parents, and case workers use can rarely detect salvia. Furthermore, the absence of research on how long salvia remains in the system makes testing even more difficult. It is unknown how long salvia remains in the urine or saliva, for instance. Hair tests, which tend to be accurate and measure drug use for long periods of time, do not yet exist for salvia. This makes testing for salvia difficult.

Getting Help with Salvia Abuse and Addiction

While salvia is difficult to detect on a drug test, other drugs are far more easily detectable. Most people who abuse salvia suffer from polydrug addiction. Polydrug addiction is a clinical term that refers to individuals who are addicted to multiple substances. The most commonly abused substances among salvia users are LSD, ecstasy, heroin, phencyclidine, and cocaine. People who abuse salvia while also abusing other substances are at a far higher risk of suffering severe consequences, including legal, financial, interpersonal, and health problems. Salvia may not have the same infamous reputation as heroin or crystal meth, but salvia addiction can severely damage a person’s life.

If you or a loved one is suffering from salvia addiction or polydrug dependence, it is essential to seek help. Design for Recovery, a sober living home for men located in West Los Angeles, is a safe and supportive environment to develop a new sober life. The staff at Design for Recovery work with young men to help them develop the values, tools, and coping strategies they need to prevent relapse and rebuild their lives. It is our belief that people can recover best while working with others, and in fact this is backed up by research: recent studies on sober living homes show that the sober support systems that residents develop there increases their chances of staying sober in the long term.

If you are ready to free yourself from the grip of addiction and begin a new way of life, contact us today.