Depression or Addiction; What Came First? 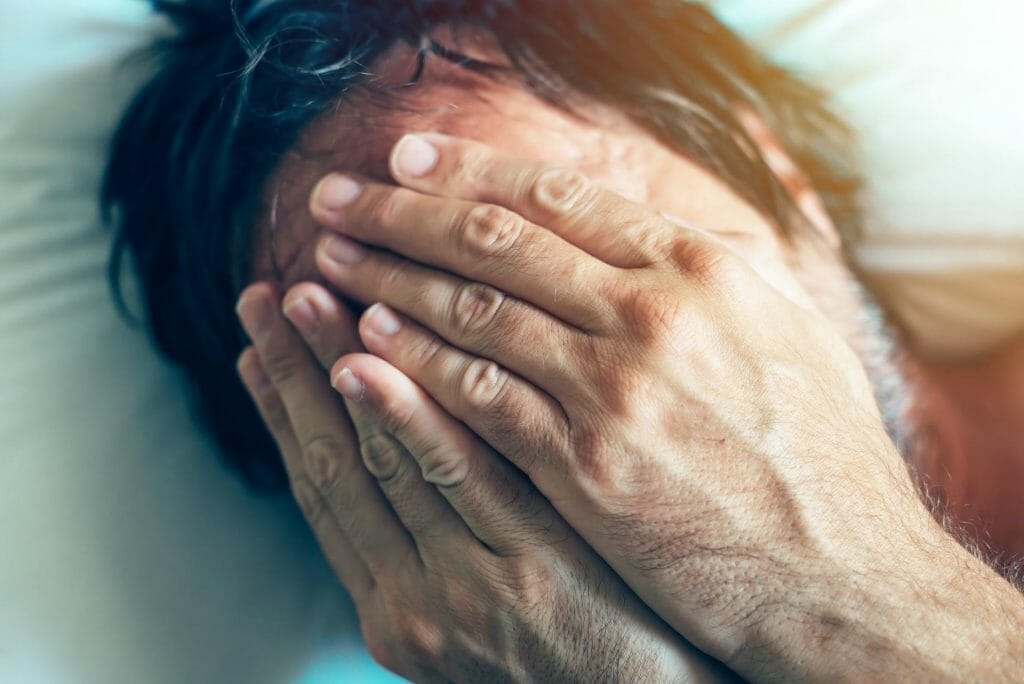 It is common for depression or addiction to occur side by side. In fact, many people in recovery will tell you that they began by treating one only to learn that they had to treat the other problem as well. What can confuse many addicts is the causal relationship between depression and addiction.

Does depression cause sufferers to reach for drugs or alcohol to alleviate the misery? Or does addiction and its destructive and lonely lifestyle cause the onset of depression? The reality is far more complex.

People who are struggling with depression tend to experience circumstances somewhat more profound than mere feelings of sadness. While the feelings associated with depression are indeed related to sadness, clinical depression, also known as Major Depressive Disorder, is far more life-impairing.

This mental disorder is not just a feeling. It influences mood, behavior, as well as physical functions in the body.

Unfortunately, because there is a stigma surrounding depression and because it is so often mistaken for mere sadness, many people are told to toughen up and get over it. This attitude prevents many people from seeking treatment. Counseling and medication have proven themselves up to the task of eliminating symptoms of depression in most people.

Signs of depression include:

What is drug addiction?

They may find it difficult to stop using even when they want to quit. This baffling and demoralizing disorder can wreak havoc on a person’s life. Drug and alcohol seeking behavior tends to become prioritized over relationships, work, and even personal health.

Drug addiction, like depression, is highly stigmatized. Many sufferers are told simply to use willpower to drink or take drugs “normally.” The fact is, addiction is a disease and a legitimate mental health disorder. Treating it with willpower alone is a losing battle.

This is because drug addiction actually hijacks the will by altering the reward centers of the brain, making it all but impossible for the addict to quit on her own for any significant period of time. The best approach is always seeking outside help and support.

How depression or addiction influence each other

Depression is rarely the sole cause of depression, and vice versa. In reality, they usually both influence each other. For instance, someone might find themselves becoming depression due to their drug abuse — and use drugs and alcohol to treat their depression! While this behavior may seem irrational, from the perspective of a hopeless depressive or drug-seeking addict, it makes perfect sense.

The presence of more than one mental health disorder in the same person is often called “comorbidity” by mental health professionals. It is sometimes also referred to as “dual diagnosis.”

Major Depression and Substance Abuse Disorder are often comorbid because they are both triggered by and affect the same area of the brain. The prefrontal cortex is implicated in executive function and has a strong relationship to drug-seeking behavior and depression.

The presence of both disorders makes them significantly more intensive. Most concerningly, drug abuse increases the likelihood of suicidal ideation among patients with depression.

It is of paramount importance that dual diagnosis patients get simultaneous professional treatment for both disorders. People with depression who are simply told to quit drinking may find that their depression worsens without the coping mechanism they were using before.

Likewise, treating depression without addressing patterns of drug abuse is often useless. For those who are unsure where to start, your primary care doctor can refer you to the services you need.

Treating depression and substance abuse disorder often requires a combination of counseling, medication, and a support group. For many, all of these services and more can be found in an inpatient treatment facility.

Sober living homes can help residents work on their recovery in a safe environment while receiving the support they so sorely need.

Often, these programs work with patients to restructure and build their lives from the ground up, allowing them not only to get relief from their behavior problems, but to prosper on a long term basis.