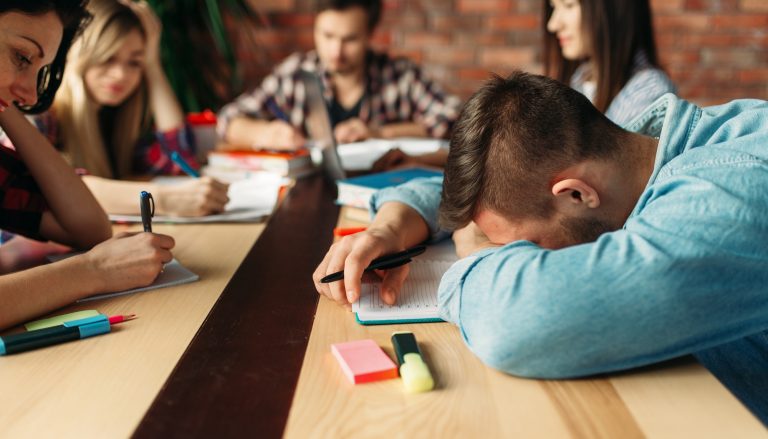 What Are Study Drugs?

The term “study drugs,” sometimes used interchangeably with “smart drugs,” is an umbrella term that refers to any psychoactive substance that is used to improve academic performance. These drugs are popular among college students and high school students. But do so-called “study drugs” actually improve a person’s ability to study? Are “smart drugs” actually smart? Research shows that study drugs are actually one of the driving forces behind addiction on college campuses. The widespread belief that these drugs are safe and helpful is contradicted by evidence that shows countless students dropping out of school and failing classes as a result of addiction.

A wide variety of study drugs exist. Many stores legally sell substances called nootropics, which are drugs that purport to provide cognitive benefits. However, the vast majority of nootropics are untested and not endorsed by the medical community. Rather, the use of the term “nootropic” is simply an elaborate marketing strategy. The packaging of these products often goes to great lengths to seem legitimate, often making use of a combination of serious-seeming medical terms and pseudoscientific language. Ultimately, these “brain boosters” or “brain enhancing drugs” are likely to have no effect at all. In the event that they do have any effect, it is likely to be unpredictably dangerous.

Common nootropics, which range from supplements to herbs, include:

Despite being legal to purchase in stores, it is unclear what effect these study drugs actually have. Given the lack of research, no one can say what the long-term effects are. While some of the above substances are natural herbs, that does not mean they are safe. After all, the coca from which cocaine is derived and the opium poppy from which heroin is derived are also both natural plants!

These drugs, when legitimately used, can be of enormous help for someone suffering from ADHD, allowing them to function normally in a college environment. However, it is increasingly common for people with legitimate prescriptions to sell their medication to other college students. In fact, one study showed that 1 in 5 legitimate prescription-holders has sold their medication. These drugs can also be purchased off the street. Today, studies show that 16% of US college students abuse prescription stimulants.

Prescription study drugs do indeed provide a temporary performance boost. Students who are pulling “all-nighters,” cramming before an exam, or writing an essay at the last minute often seek out the focus and energy boosts that prescription stimulants provide. These substances increase energy and focus by causing the release of the neurotransmitters dopamine and norepinephrine. Despite being known as “smart drugs,” they do not actually improve cognitive abilities. Rather, they improve energy and focus — which could probably be improved just as easily by just getting a good night’s sleep.

Because prescription stimulants are legal, many college students believe that they must be perfectly safe. The reality, however, is that abusing study drugs rapidly leads to physical dependence and addiction. Ironically, the side effects of these drugs can often make it more difficult for a student to succeed academically. Common side effects of stimulants include:

Aside from getting help for their addiction, the only “cure” for stimulant withdrawal is to take more stimulants. Thus, many college students find themselves in a vicious cycle. In the end, despite having begun abusing study drugs to do better in school, they may end by taking smart drugs to treat the side effects of those very same drugs.

College students often begin using study drugs because they believe it will give them a temporary performance boost, but they can very quickly come to rely on these drugs. Once physical dependence and addiction sets in, they are likely to begin prioritizing their drug use above all else. It is common for young people to isolate from their family members and friends. They may stop engaging in activities and hobbies that once gave them joy. Eventually, their performance in school starts to suffer. They may end up failing classes or dropping out of school entirely.

Unless they get help for their addiction, the consequences of prescription stimulant addiction tend to get worse over time. Drug addiction often results in legal and financial problems. Because prescription stimulants are expensive, young people are often driven to commit crimes or go into debt in order to purchase them. In some cases, they turn to cheaper stimulant drugs, including crack cocaine and methamphetamine. They may also combine stimulants with other substances in order to achieve a stronger high. Polysubstance abuse increases the likelihood of a life-threatening overdose.

The symptoms of a prescription stimulant overdose include:

A young person doesn’t need to overdose to experience health problems from their study drug abuse. Over time, individuals with a study drug addiction are likely to experience a range of physical and mental health problems. Unfortunately, addiction often makes them reluctant to get help for these problems. They are likely to instead seek short term relief in the form of more substance abuse.

Recovering from Addiction in College

It is a common misconception that a person can be “too young” to have an addiction. In fact, addiction can strike at any age. College campuses often have cultures that normalize binge drinking and study drug abuse. This can make it difficult for a person to recognize when their substance abuse is out of control. However, if you or a loved one has tried and failed to stop taking study drugs despite repeated negative consequences, there is a good chance you need help.

Design for Recovery, a structured sober living home for men located in West Los Angeles, helps young men recover from addiction while helping them reach their life goals. Many of our residents work to pursue their academic goals in college while recovering in our safe, supportive, and trigger-free facility. At Design for Recovery, young men benefit from having a strong sober social support system. They work daily to build the skills, tools, and coping techniques they need to stay sober. Moreover, at Design for Recovery, we work with residents to help them succeed in their lives. We help college students learn the focus and study skills they need to prosper in college, so that they do not need to rely on study drugs.

If you are struggling with study drugs, abusing prescription stimulants, and want new skills to succeed in college, reach out to Design for Recovery today.