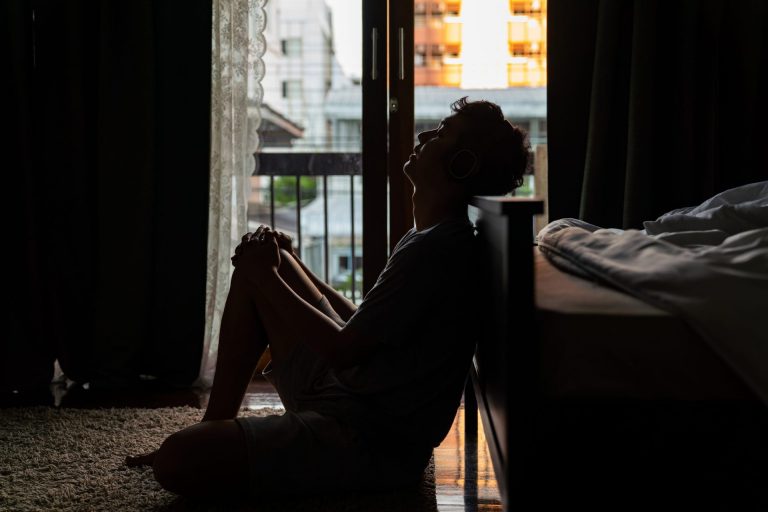 Valium is the brand name for the drug diazepam. It is the 135th most prescribed drug in the United States, with more than 5 million prescriptions in 2017 alone. Diazepam is classified as a benzodiazepine, a class of drugs that is primarily used to treat the symptoms of anxiety disorder, panic disorder, insomnia, and even alcohol withdrawal symptoms and opioid withdrawal symptoms. Valium is one of the most prescribed drugs in the United States, and it can be effective at providing relief when it is used as prescribed. However, the drug can lead to physical dependence and addiction even when it is taken exactly as prescribed. It is also a widely abused recreational drug. When Valium is abused or misused, the result is generally physical dependence and addiction. Once a person has become dependent on Valium, they will experience painful withdrawal symptoms when they stop using the drug. These Valium withdrawal symptoms are extremely painful, debilitating, and in some cases even life-threatening.

Withdrawing from Valium, or any benzodiazepine results in a variety of symptoms. These symptoms can be broadly classified into two categories: rebound symptoms and withdrawal symptoms. Rebound symptoms represent a return of symptoms that the person originally was using Valium to treat. Often, these symptoms return to a far more extreme level than before. For example, a person who took Valium to treat an anxiety disorder may begin to experience worse anxiety when they quit Valium.

Signs and Symptoms of Valium Withdrawal

Withdrawal symptoms can be even more severe, however. Symptoms of benzodiazepine withdrawal include:

Individuals who developed severe physical dependence on Valium or other benzodiazepines are at risk of even more severe symptoms. These include delirium tremens, seizures, and acute psychosis. These symptoms can be fatal, especially if a person withdraws from benzodiazepines all at once — also known as “cold turkey.”

Valium is in many cases a medically necessary drug, and so it is frequently prescribed to treat anxiety disorders, panic disorders, insomnia, and related conditions. However, it is important to understand that Valium, like other benzodiazepines, can quickly lead to physical dependence. Individuals taking Valium as prescribed by a doctor are no exception to this risk, and they are as vulnerable to the addictive qualities of Valium as people taking the drug for purely recreational purposes.

Even after a short period of taking Valium, most people rapidly develop a tolerance to the effects of Valium. As a result, they will experience weaker effects while taking the same dosage. Once a person has developed a tolerance, it can be very tempting to take higher quantities of Valium or take the drug more frequently. By increasing the dosage, individuals can achieve the relief or high that they are accustomed to. By increasing the dosage, however, individuals not only increase their Valium tolerance further, but they can develop a debilitating physical dependence on Valium. It is important to note here that this physical dependence can occur with people who have increased their dosage through misuse and abuse, but it can also occur when people take their medication exactly as prescribed.

Once a physical dependence has occurred, the result is that when a person stops taking Valium or decreases their dosage they will experience a variety of uncomfortable symptoms. These symptoms, known as Valium withdrawal or benzodiazepine withdrawal, are the body’s way of reacting to the absence of a chemical that it has grown accustomed to.

How Long Does Valium Withdrawal Last?

Individual factors that can affect the progression and length of Valium withdrawal include:

Most people begin to see more serious improvements after approximately two months. However, it is important to recognize that many people, even individuals who were only taking Valium at low doses, continue to experience withdrawal symptoms for 6-12 months afterwards.

Withdrawing from benzodiazepines slowly by using a tapering method reduces the likelihood of protracted withdrawal syndrome and the more dangerous side effects of Valium withdrawal. By seeking outside help and getting support during the recovery process, people can also better face the challenges of Valium withdrawal, decrease the chances of relapse, and build better lives for themselves in sobriety — all of which serve to mitigate unpleasant symptoms even when they do occur.

Individuals with severe physical dependence on Valium should always withdraw from the drug under the supervision of trained medical professionals. However, even people who are not facing life-threatening withdrawal symptoms are likely to suffer considerably. Not only can benzodiazepine withdrawal cause debilitating emotional, cognitive, and physical difficulties, but the cravings that occur can be hard to ignore. Getting the outside help of a support system is essential for handling this difficult condition.

However, there are many things that people who are facing Valium withdrawal can benefit by keeping in mind. First of all, it is important to recognize that experiencing Valium cravings is a normal part of the recovery process. Understanding that cravings are normal can help people perceive them as just passing thoughts or emotions. No one has to act on their cravings. Even when cravings are accompanied by severe emotional or physical distress, cravings cannot force a person to use drugs. By accepting cravings for what they are, people can learn to acknowledge them and move on with their lives.

Many people also fear that Valium withdrawal will stay with them throughout their lives. This is partly due to the nature of the Valium withdrawal timeline, which is infamously unpredictable. While it is true that some people experience cravings once in a while years after recovering from their addictions, these cravings tend to get weaker over time, and if you have a strong program of sobriety and a support system in place you’ll be well-prepared to face any annoying cravings head-on.

A few techniques for managing Valium cravings include:

Is Valium Addiction the Same as Dependence?

Valium not only rapidly leads to physical dependence. It is very addictive as well. Part of the reason Valium is so addictive is that when a person takes Valium, the drug releases high quantities of dopamine in their brain. Dopamine is a neurotransmitter that plays an important role in the brain’s motivation and decision-making centers. It is sometimes known as the “reward chemical” because when it is released in the brain it rewards and reinforces certain behaviors. Because Valium and other addictive drugs release such high quantities of dopamine in the brain, users are likely to be drawn to the drug again and again.

Recognizing this distinction between physical dependence and addiction is necessary for anyone who hopes to recover. In many cases, people do manage to stop using Valium for a period of time. Doing so often requires them to spend countless painful weeks and months withdrawing from the drug. It may seem crazy, but even after undergoing this arduous process of Valium detox, many people ultimately relapse on the drug? Why do they return to Valium after going through all that effort? The answer is that they suffer from Valium addiction. Individuals suffering from a benzodiazepine use disorder will continue to obsess over Valium even after they have recovered from the state of physical dependence.

It is highly recommended that people get outside help to treat their Valium dependence, but over the long term it is even more important that people get help for their addictions. Treating the underlying issues, behaviors, and thought processes that give rise to addiction is essential for anyone hoping to stay clean and sober.

Getting Help for Valium Abuse and Valium Addiction

It is often tempting for people to shrug off their Valium abuse. Even though Valium is an extremely dangerous and addictive drug, many people are under the misconception that it is safe because it is a prescription drug. In fact, withdrawing from Valium can be more dangerous than withdrawing from so-called “street drugs” like heroin and crack cocaine. Not only can the symptoms be painful and deeply debilitating, but without outside help and supervision the symptoms of Valium withdrawal can sometimes even be life threatening.

Unfortunately, the vast majority of people who suffer from Valium addiction are reluctant to seek help. Far too many people tell addicts to “man up” or simply pressure them to work harder to control their substance use. As a result, a high percentage of people with substance use disorders try and fail to get sober for years, believing that their problem is that they lack sufficient will power. The reality is that substance use disorders are legitimate mental health conditions that cannot be managed through sheer willpower alone. Seeking the help out a strong sober support system is essential.

Design for Recovery is a structured sober living home for men located in West Los Angeles. Design for Recovery offers young men an opportunity to recover from Valium addiction — or any other addiction — in a safe, comfortable, and trigger-free environment. While living at Design for Recovery, residents connect with one another, benefiting from the experience, strength, and hope of their housemates. Meanwhile, they work diligently each day to develop the skills, tools, and coping strategies they need to handle triggers, avoid relapse, and meet the challenges of early recovery. At Design for Recovery, we believe that quitting drugs and alcohol is only half the battle. Our residents not only work hard to stay sober, but to develop lives that are meaningful and fulfilling.

If you are ready to end the vicious cycle of Valium abuse and build a new life for yourself, you don’t have to do it alone. Contact Design for Recovery today.