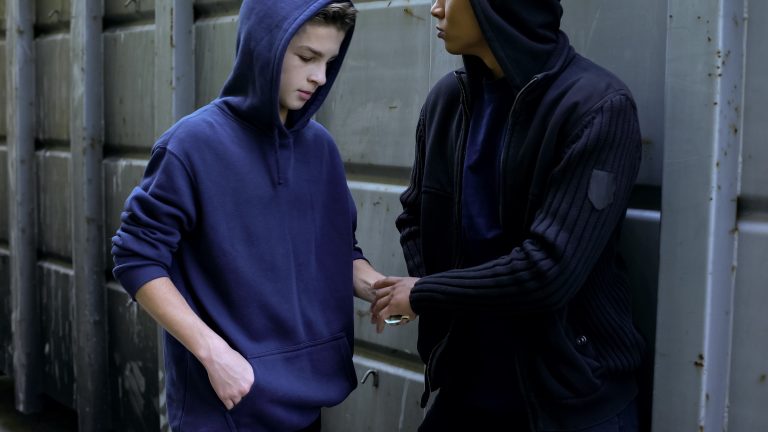 It is uncommon for someone who has never tried mild drugs to go straight into doing heroin or hard drugs. Oftentimes, the use of less hard drugs gives way to more dangerous drugs. These drugs are known as gateway drugs. The use of drugs, such as marijuana, can lead to the use of harder drugs, like heroin. Research shows that starting off experimenting with mild drugs can lead to major drug problems. This blog will discuss what gateway drugs are and offer some examples of common gateway drugs.

What is a Gateway Drug?

Gateway drugs are milder substances that often lead to harder drugs. These milder drugs include nicotine, alcohol, marijuana, and more. These usually easy-to-get substances introduce individuals to the feeling of being high or intoxicated. This is when the “gateway” part of gateway drugs comes into play. Drugs, such as marijuana and alcohol, boost your dopamine levels and produce feelings of pleasure. Eventually, the user may begin to build a tolerance to the drug and look for other substances that offer a more substantial high. This is when someone may begin to experiment with harder drugs, such as cocaine, prescription pills, and more.

It is most common for gateway drugs to be used in adolescence. The brain is not fully developed until a person is in their mid-twenties and using any drugs or alcohol before the age of 25 can disturb the brain’s development. Moreover, adolescence is also a time in which there are heightened dopamine levels in the brain. This often results in individuals looking for substances that can increase these dopamine levels and provide a pleasurable experience. Furthermore, young people are much more likely to engage in risky behavior as the decision-making part of their brains is not fully developed. This means that adolescence is a time in which individuals are more likely to experiment with gateway drugs, which can result in a disruption in brain development in the long run. Overall, using gateway drugs as a young person significantly increases your chances of using harder drugs later in life.

Considering this, it is important to know what common gateway drugs are to prevent future use of illicit drugs.

Research has recognized nicotine as a gateway drug for a long time. Due to smoking a cigarette or vape being socially acceptable, many people do not view it as a gateway drug. A study published in Science Translational Medicine, however, discovered that after feeding rats nicotine-laced water for seven days, that they had an increased response to cocaine. Moreover, these e-cigarettes that were originally designed to help individuals quit smoking have actually made the problem worse. With the introduction of vapes, research shows an increase in smoking amongst younger generations. This also means that these younger generations are becoming more susceptible to eventually using harder drugs. Some of the main drugs linked to nicotine use are cocaine, heroin, and marijuana.

Alcohol, a central nervous system depressant, is a significant gateway drug. In 2014, 88 percent of adults reported drinking, while 25 percent stated that they had binge drank in the last month. Similar to cigarette and vape use, the legality of drinking can make it hard to see its addictive nature.

A study conducted at the Univerity of Florida found that students who drank alcohol were 16 times more likely to use illicit drugs, particularly cocaine and amphetamines. Multiple other studies also show that drinking at a young age impacts drug use later in life. Some common drugs associated with alcohol use are cocaine, heroin, opioids, and marijuana.

Marijuana is a common drug used by individuals who have no intention of using harder drugs. Marijuana, which in most places is now legal, is not seen as an addictive drug, and many believe it can be used safely. This, however, is not true. Not only is it possible to become dependent on marijuana, but marijuana commonly leads to the use of harder drugs.

A study found that almost 45 percent of regular marijuana users used another illicit drug later in life. One of the common drugs used by marijuana users is heroin. Studies show that the majority of heroin users started off by using marijuana or alcohol. Some other drugs linked to marijuana use are cocaine and ecstasy.

It is debated whether or not prescription drugs are gateway drugs, however, it is widely acknowledged that they have recently exploded in popularity. Approximately 52 million Americans 12 years and older have used prescription drugs non-medically – opioids being the most common.

Sober Living at Design for Recovery