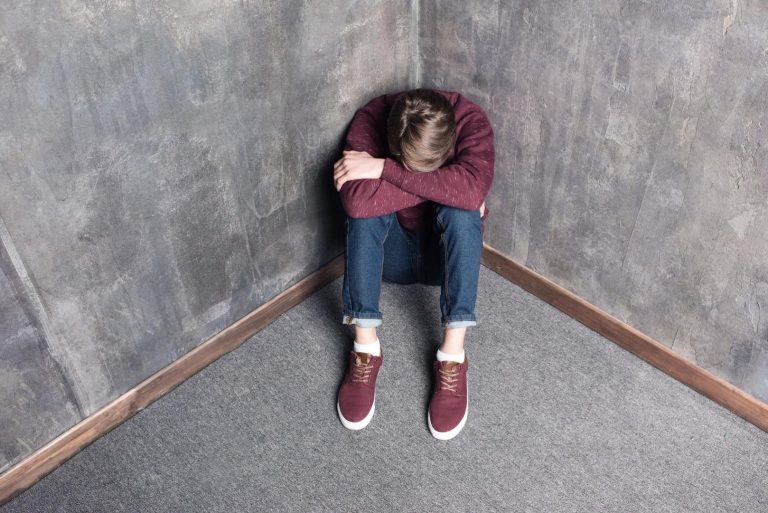 Physical Signs of a Heroin Addict

Several distinct and apparent signs can be seen on an individual’s body in most cases of drug use. This can also be seen when someone regularly uses heroin.

Heroin is the kind of drug that can be taken through an injection. This method of ingestion will always leave the marks of the entrance on your child’s arm. To hide these marks, teens often start to wear long sleeve clothes.

This is one of the early signs of heroin use. If you start noticing the heroin track marks, then it is time for you to intervene.

What are Track Marks?

Track marks are the obvious signs of drug abuse. They are the scars that remain after an individual injects themselves with a drug like heroin or cocaine. These marks are regularly observed in the case of:

These track marks may look fresh, appearing as puncture marks, bruises, or scabs. They are slightly darker than the healthy skin complexion. Track marks on a heroin addict’s arms can lead to health complications like collapsed veins, organ damage, and cardiac complication.

Along with the arms of your teen, their face can also indicate the signs of heroin use. Sleep deprivation can undoubtedly lead to bloodshot eyes, but are you sure that is the only reason behind it?

Some of the physical signs like bloodshot eyes, constricted or small pupils, quick, shallow breaths, and an expression of hyper-alertness followed by extreme fatigue can indicate that your child is ingesting heroin.

Physical signs like needle marks can be hard to observe when your teen is focused on hiding them from you. Moreover, you cannot invade their privacy in a way that would make them feel unsafe around you.

Hence, if you’re confused about how to tell if someone is on heroin, the answer can be hidden in their behavior. Some of the common behavioral problems are:

If you see these symptoms along with an unexplainable weight loss, constant picking at their skin, and a runny nose, then your child is clearly showing the signs of heroin addiction.

“Drug paraphernalia” is one of the most apparent signs of drug abuse. It is a term given to any equipment or product that is used for creating, using, and hiding drugs. If you are still confused about how to tell if your teen is on drugs, always keep an eye out for equipment like:

Keep an eye out for these things to recognize the signs of heroin addiction.

The Surge of Addiction Overdose During Lockdown

As the duration of the lockdown keeps increasing, the feeling of anxiety, dread, and depression is also on the rise. Panic and tension have become prevalent in these tough times.

People are losing their jobs, the financial setbacks have caused many companies to declare bankruptcy, and even basic necessities have become scarce. At this challenging time, people are turning towards alcohol or drugs for support.

Jennifer Austin, an addiction recovery coach, states that she has had people calling her in extreme emotional distress, asking her for help. She mentions how many of them are getting more and more vulnerable to drug abuse and relapses.

According to the Adm. Brett Giroir, assistant secretary for the U.S. Department of Health and Human Services, the efforts that many former users made to get sober have overturned now. The deaths from overdose are continuously rising as the public’s mental health and economic security is currently steadily deteriorating.

Therefore, before checking if your child is showing the signs of heroin use, see if they are in a stable mental state. This will make them feel less distressed and anxious, making them feel more comfortable around you.

How to Deal With a Heroin Addict?

People who show signs of heroin addiction are often reluctant to solve their problems. It is even more severe when the addict is a teenager. They often feel like their addiction is not a problem, and they can control it whenever they want.

However, this type of attitude is not only damaging to their current physical health but also to their future mental and physical condition. On the other hand, some people may have tried to quit several times but relapsed whenever they go through a tough situation.

In both situations, their loved ones have to stage an intervention to persuade them to get a sober living home. This step can save the life of your child. Although the journey to recovery is filled with discomfort and hardships, the pain is worth saving the life of your kid.