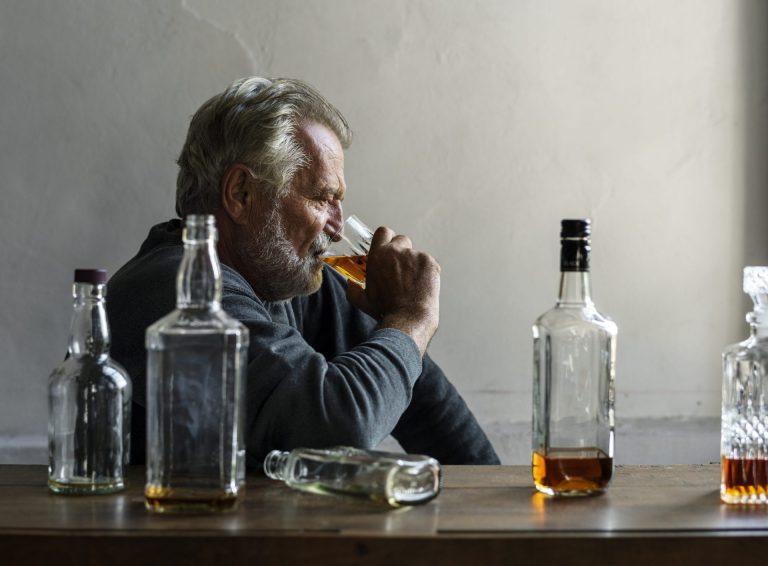 While substance abuse and the consumption of illicit drugs is often associated with teenagers and young adults, addiction with the elderly population is a very real problem that often goes unacknowledged.

Diagnosing senior citizens with substance use disorder can be complicated by many factors. Many have begun to suffer from neurological problems that can disguise the side effects of substance abuse. It is also common for the elderly to be somewhat more socially isolated than the rest of the population, either because they live alone or because they are neglected in a care facility.

This isolation obviously makes it more difficult to recognize when an addiction is occuring. Unfortunately, social isolation also makes substance abuse more likely. It also increases the dangers associated with alcohol and drug abuse. It is important that anyone suffering from substance use disorder, regardless of their age and overall health, seek and have access to the treatment they need.

Despite difficulties with diagnosis, preliminary research has shown that approximately 8 million older adults in the United States exhibit symptoms of substance abuse. As more and more members of the Baby Boomer generation enter old age, this is likely to increase.

The Baby Boomer generation was notable for its tendency to experiment with drugs. This population is generally less afraid of mind-altering substances than previous generations, making the chances of drug abuse higher in old age. Between 2002 and 2011, illicit drug use among adults in their 50s actually rose from 2.7% to 6.3%.

When combined with alcohol, the drug interactions can increase the danger. Elderly individuals, who often suffer from pre-existing conditions, are at particular risk of drug overdose. Research has shown that Baby Boomers in retirement are far more likely to die of accidental drug overdose than previous generations.

Signs of Substance Abuse and Addiction With The Elderly Population

Recognizing substance abuse and addiction in older adults can be difficult for several reasons. Many of them live alone or in relative isolation, meaning that the intimate friends and family members who are most likely to notice a problem won’t do so as quickly.

It is also common for older adults to suffer from a variety of mental and physical health complications that share many of the same symptoms as addiction. However, when an addiction has developed to the point of decreasing an individual’s ability to function, it is rarely difficult to recognize the side effects of addiction. Signs of addiction among the elderly include:

It is important to understand that the underlying reasons that older adults develop problems with substance abuse are often fundamentally different from younger populations.

Many older adults begin abusing substances not to get high, but to treat pains or other difficulties associated with the aging process, including grief at the loss of loved ones, isolation, and dramatic life changes such as retirement.

Many of the substances that are legitimately prescribed to senior citizens by medical professionals are addictive mind-altering substances. Over time, healthy and proper use can turn into unhealthy physical dependence or addiction.

Older adults with substance abuse problems tend to struggle with other comorbid mental health disorders such as depression and anxiety. Substance abuse can often begin as an attempt to self-medicate and cope with the symptoms of untreated mental illness.

Unfortunately, older adults are often more sensitive to the effects of mind-altering substances than younger individuals. The consequences of self-medication can in some cases be far more drastic, with addiction or overdose increasing in likelihood as an individual ages. It is crucial for older adults who are going down this path to get proper medical treatment as soon as possible.

There are a wide variety of formal treatment facilities available for people in any age group. The first step for anyone suffering from a physical dependence on alcohol or drugs is to enroll in a medical detox program. Medical detox programs are especially essential for older adults, who are at risk of suffering severe medical consequences during unsupervised drug withdrawal.

After detoxing, it is wise to enroll in a formal addiction treatment program. Options include inpatient treatment centers and outpatient programs. Because older adults often turn to substance abuse as a consequence of social isolation, sober living homes can be especially beneficial.

These facilities offer both sober support over the long term as well as a strong social support system. No matter what stage of addiction someone is in or how old they are, there is no reason anyone should have to suffer alone. Freedom is a simple matter of reaching out and asking for help. For more information, or to discuss options particular to your unique situation, reach out to Design for Recovery today.