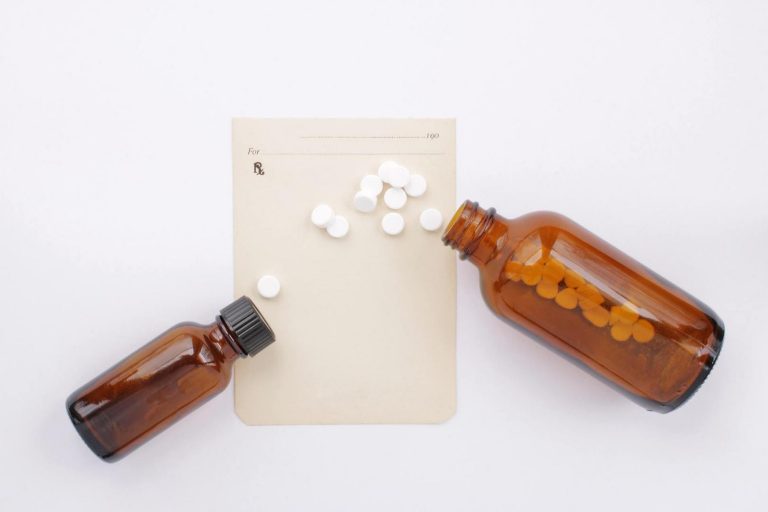 Many are surprised when they hear that barbiturates are still used today. Commonly prescribed in the 1960s and 1970s, they are central nervous system depressants that are used to treat sleep disorders, headaches, seizures, and anxiety disorders. Most barbiturate medications, however, have been replaced by benzodiazepines.

Due to the dangers of the drug, the rate in which they are prescribed has significantly declined. These dangers include dependency potential and risk of overdose. They have a high potential for abuse and addiction due to desirable effects such as relief from anxiety and mild euphoria. These positive effects reinforce long-term use which, oftentimes, increases tolerance and frequency in use. This raises both the risk of addiction development as well as the risk of overdose. Side effects associated with barbiturates are:

The effects of barbituates can begin in 15 minutes, but usually takes 30-60 minutes to begin working. Symptoms of overuse of barbitubirates are:

More seriously, barbiurates can slow your breathing, decrease your heart rate, and be habit forming. When ingested in large quantities, barbituate use can result it long-term side effects, such as emotional instability, paranoid ideation, and even death.

There are certain drugs that interact with barbiturates, therefore, they should be used with caution. They can accelerate the breakdown of some medications leading to a decrease in their effectiveness. Some of the medications that interact with barbiturates are Reyataz, Victrelis, Latuda, Ranexa, Incivek, Vfend, and Norvir. Furthermore, use of the drug with other central nervous system depressant medications can lead to extreme sedation, lethargy, and, in very severe cases, coma and death. Some central nervous system depressants that this can happen with are Xanax, Klonopin, Valium, Ambien, and Sonata.

First used in medicine in the early 1900s and quickly becoming popular, Barbiturates include amobarbital, butabarbital, pentobarbital, secobarbital, phenobarbital, and more. In the 1960s and 1970s, they were most commonly prescribed to treat anxiety, insomnia, or seizure disorders. Although the drug was safe to take as prescribed, it quickly became a dangerous recreational drug. In New York City alone between 1965 and 1970, there were 12,354 deaths caused by barbiturate overdoses.

When attempting to come off of the drug, there are some noticeable side effects. These side effects are due to dependency on the drug. Withdrawal can be highly uncomfortable and, in some cases, life threatening. Some withdrawal symptoms are:

Often referred to by many different names, below is a list of some of names that are used to refer to barbiturates:

Other common street names for barbiturates are:

If you are struggling with barbiturate use or abuse, Design for Recovery can help you regain control over your life. Design for Recovery is a sober living home for men which offers you a safe space equipped with peer support, character building, and a structured schedule.

With the help of Design for Recovery’s sober living services, you can begin to develop skills that will help you stay sober long-term.

What is the most common barbiturate?

There are many different types of barbiturates, but the most common one is phenobarbital. Phenobarbital is primarily used to treat seizures, but it can also be used to help with anxiety or sleep disorders. It is important to always talk to your doctor before taking any type of barbiturate, as they can be dangerous if not used properly.

What is the barbiturate drugs used for?

Barbiturate drugs are most commonly used as sedatives or hypnotics. They are also sometimes used to treat seizures or to relieve pain. When used for these purposes, barbiturates can help to calm a person down or make them feel sleepy. In higher doses, barbiturates can cause anesthesia. Barbiturates are typically only used when other medications have failed to work, as they can be addictive and come with a number of side effects.

What is the strongest barbiturate?

There is no definitive answer to this question as the strength of a barbiturate can vary depending on the individual and the specific circumstances. However, some of the strongest barbiturates include phenobarbital and secobarbital. These drugs are typically used for seizure control or to induce anesthesia, and they can have very powerful effects. It is important to always use them exactly as prescribed and to be aware of the potential risks and side effects.

What's the difference between Benzos and barbiturates?

How do barbiturates affect behavior?

Can barbiturates cause psychosis?

Yes, barbiturates can cause psychosis. This is because they can alter levels of neurotransmitters in the brain, which can lead to changes in mood and behavior. People who are already at risk for psychosis may be more likely to experience these effects.

Do barbiturates make you depressed?

There is some evidence to suggest that barbiturates can cause depression in some people. One study found that people who took barbiturates were more likely to report depressive symptoms than those who did not take the medication. However, it is not clear if this is a direct effect of the medication or if it is due to other factors, such as the underlying condition that the person is taking the medication for. If you are concerned about the possibility of developing depression while taking barbiturates, talk to your doctor about other options.