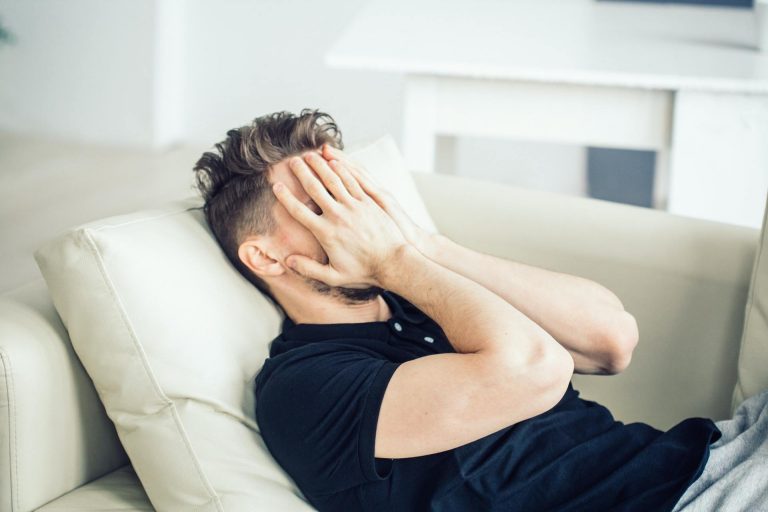 However, substance abuse can lead to other, more violent methods of self-harm. As the mental impact of substance abuse escalates, the resulting by-products—like paranoia, anxiety, depression, drastic mood changes, or emotional instability—lead many addicts to self-harm. That is, inflicting physical pain on themselves as a distraction from underlying mental and emotional hell.

According to the Mayo Clinic self-harm is defined as:

The act of deliberately harming your own body, such as cutting or burning yourself. It’s typically not meant as a suicide attempt. Rather, this type of self-injury is a harmful way to cope with emotional pain, intense anger and frustration.

While self-injury may bring a momentary sense of calm and a release of tension, it’s usually followed by guilt and shame and the return of painful emotions. Although life-threatening injuries are usually not intended, with self-injury comes the possibility of more-serious and even fatal self-aggressive actions.

Self-harm is not a mental illness, but a behavior that indicates a lack of coping skills. Several illnesses are associated with it, including borderline personality disorder, depression, eating disorders, anxiety or posttraumatic distress disorder. Self-harm occurs most often during the teenage and young adult years, though it can also happen later in life. Those at the most risk are people who have experienced trauma, neglect or abuse.

For instance, if a person grew up in an unstable family, it might have become a coping mechanism. If a person binge drinks or does drugs, he is also at greater risk of self-injury, because alcohol and drugs lower self-control. The urge to hurt yourself may start with overwhelming anger, frustration or pain. When a person is not sure how to deal with emotions, or learned as a child to hide emotions, self-harm may feel like a release. Sometimes, injuring yourself stimulates the body’s endorphins or pain-killing hormones, thus raising their mood.

Or if a person doesn’t feel many emotions, he might cause himself pain in order to feel something “real” to replace emotional numbness. Once a person injures herself, she may experience shame and guilt. If the shame leads to intense negative feelings, that person may hurt herself again. The behavior can thus become a dangerous cycle and a long-time habit. Some people even create rituals around it.

Symptoms of self-harm include:

According to Mental Health America (MHA), the most common methods of self-harm are skin cutting (70-90%), head banging or hitting (21-44%), and burning (15-35%). Other methods include excessive scratching to the point of drawing blood, punching self or objects, drinking something harmful, and purposefully breaking bones.[2]

According to the Recovery Foundations Network, “One such outlet that a person suffering from self-harm may explore is substance abuse. A study out of Oxford found that approximately 8.7 percent of people presenting with deliberate self-harm also abused drugs.”

Alcohol and drugs also deplete dopamine levels in the brain, exacerbating symptoms of depression, anxiety, or bipolar disorder. This can, in turn, increase the desire to self-harm.[3]

Drugs and alcohol can slow reaction times and decrease nerve endings, making self-injuring behaviors very perilous while under the influence. For example, someone who cuts may cut too deep, causing serious or even fatal wounds before realizing the depth or severity. Alcohol and drugs can also exacerbate feelings of depression and anxiety, leading to more severe methods of injurious behavior even including suicide.

Help For Substance Abuse and Self-Harm

The first step in getting help for self-harm is a proper diagnosis. NAMI recommends incorporating psychotherapy into any treatment plan. A doctor may also prescribe medication to treat any underlying mental illness.

According to NAMI, several different kinds of therapy can help. This may include: