Addict and Musician, Elliott Smith Lives On In His Music 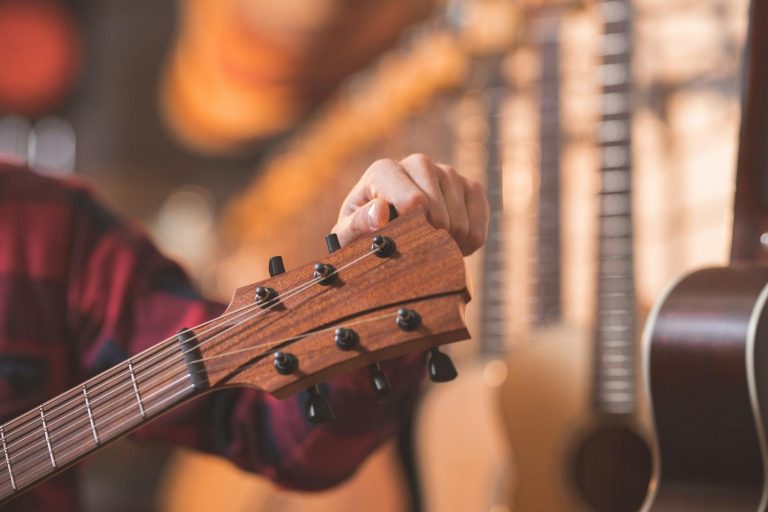 Independent record label Kill Rock Stars is re-releasing Elliott Smith’s eponymous album, Elliott Smith, 25 years after the album’s initial release in 1995. Elliott Smith, an addict and acclaimed musician whose life was cut short in 2003, spent the second half of his career in Los Angeles.

Despite his close connection to Portland, Oregon, where he sharpened his musical craft, in Los Angeles Elliott Smith is revered as both a musical icon and the poster child for a life brought down by drug abuse. In Los Angeles’ Silverlake neighborhood, a mural on 4330 West Sunset Boulevard dedicated to Elliott Smith serves as an unofficial shrine to the musician, attracting music lovers and individuals in the recovery community.

The singer-songwriter’s album is almost exclusively about dark themes, with songs about opioid abuse, cocaine, alcohol, and regret. Throughout the album, Smith catalogues his personal experiences of suffering, hopelessness, and despair in the face of drug and alcohol dependence. His trademark singing style and the minimalist presence of a single guitar allow him to treat these themes with a plaintive, almost soothing touch.

The new re-release contains photos, remixed versions of the songs, and remembrances from Smith’s friends, who all invariably relate stories of his talent as well as observations of his substance use disorder.

Elliott Smith pursued his music career while simultaneously suffering from debilitating addictions to a wide variety of substances. Elliott Smith’s polysubstance dependence included a wide rage of substances, including heroin, alcohol, and crack cocaine. Despite using these drugs heavily, Elliott Smith managed to release albums prolifically in the short time he was active. The fact that Smith was a “functional addict” didn’t stop him from suffering enormously.

In fact, throughout Elliott Smith’s musical career he worked tirelessly to get sober. Unfortunately, Smith’s bouts of sobriety rarely lasted long. This is partly because Smith never sought help for his drug and alcohol dependence. Instead he tried to control and manage his substance use disorder on his own.

Smith died on October 21, 2003 in Echo Park, Los Angeles. He was only 34 years old. Smith died after inflicting two stab wounds to his own chest after an argument with his girlfriend. Most notably, however, Elliott Smith died while he was abstaining from drugs and alcohol. At the time of his death, he had been pursuing sobriety for 31 days.

According to his drummer Scott McPherson, Elliott Smith was “a sick man without his medicine.” However, while no illegal substances were found in his body, the coroner’s report noted that he was on heavy doses of multiple benzodiazepines, anti-anxiety medications that can remove inhibitions and sometimes lead to suicidal ideation.

Elliott Smith lived his life as an addict, but his death demonstrates the challenges that people face when they try to manage their addictions without outside help.

At the time of his death, Elliott Smith was going through severe withdrawal. According to the US National Library of Medicine, opioid withdrawal can include a wide range of symptoms, including:

Elliott Smith was also withdrawing from crack cocaine, so in addition to the symptoms of opioid withdrawal, he was experiencing withdrawal symptoms from staying away from stimulants.

Side effects of withdrawing from crack cocaine include:

The symptoms of withdrawal that occur when a person stops using just one drug can be excruciating, but the experience of withdrawing from multiple drugs can be more difficult to predict — and certainly far more painful. In some cases, the experience of withdrawal can be life-threatening. Given that Elliott Smith suffered from polysubstance dependence, he was likely not in a rational state of mind when he took his own life.

The vast majority of people who abuse drugs and alcohol do so because these substances provide some degree of relief. It is common for individuals with mental health disorders to treat the symptoms of their emotional pain by abusing alcohol and drugs.

Doing so often does provide temporary relief, but at the cost of gradually exacerbating the symptoms of the underlying mental illness. According to many researchers, one of the most common causes of addiction are Adverse Life Events (ALEs), such as early childhood trauma. For people trying to live with unresolved trauma, drugs and alcohol provide a means of escape.

While it may be possible for some people to quit drugs and alcohol on their own for a short period of time, most end up relapsing because they have not learned how to live without substances. Elliott Smith, an individual who took refuge from his personal pain in both music and drugs, could have lived a much longer life had he sought the help of a sober living home.

At a sober living home, individuals with drug and alcohol problems not only learn how to maintain their sobriety, but how to live in the absence of drugs and alcohol. It is possible to feel happy and free without substances. Doing so, however, requires outside help.

You don’t have to do it alone.