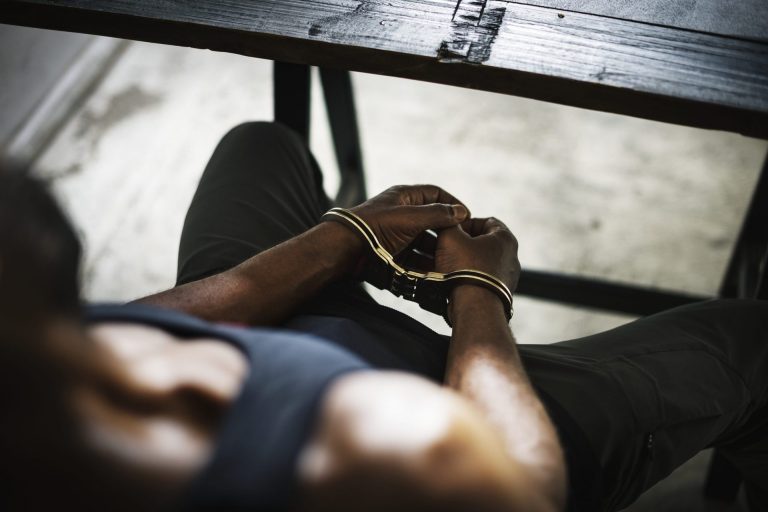 The Man Who Has it All?

In many ways, Patriots tight end Aaron Hernandez seemed to lead a charmed life. Not only did he play an invaluable role on a major NFL football team, even making an appearance at the Superbowl, but he was a family man as well. In 2013, he had already fathered one child with his fiancé and was preparing for married life. Few people would have guessed that Hernandez had a secret dark life behind the scenes.

During the 2013 off-season, state police began an investigation into Hernandez to determine if he was responsible for the murder of Odin Lloyd, another football player who played for the Boston Bandits.

When it emerged that Hernandez was indeed a violent murder, the public was shocked. What had been going on in the mind of Aaron Hernandez? What could lead a successful football player to kill in cold blood?

Naturally, many factors were at play. Hernandez had post-traumatic stress disorder. Not only had he suffered abuse as a child and teenager, but his alcoholic father’s death has been a huge impression on him as well.

To make matters worse, Hernandez suffered from a case of Chronic Traumatic Encephalopathy (CTE), an injury that many football players and boxers get in the course of play.

When Hernandez went to trial, another major factor emerged: his drug use. Aaron Hernandez was a regular marijuana user. More concerningly, he was addicted to the painkiller Toradol. Toradol is infamously overprescribed to football players. To stay competitive, many are encouraged to take painkillers and push through the pain of any sustained injuries. As a result, addiction is not uncommon. In fact, in 2011, the NFL faced a lawsuit for NFL players, who argued that they were overprescribed the drug and were suffering from a number of health problems as a result.

Toradol, while not an opioid, is extremely dangerous when not used as directed. It’s generic name is ketorolac. Ketorolac is a prescription nonsteroidal anti-inflammatory drug. It is known to cause heart attacks and strokes when used in amounts higher than recommended. It has also been recognized as worsening injuries such as concussions, despite its ability to treat the associated pain.

While the NFL has issued recommendations that their doctors decrease the use of Toradol, a Bleacher Report article argues that the medication is still a prevalent part of the football community.

Ultimately, Aaron Hernandez was convicted of first-degree murder. While brain injuries, drug abuse, and trauma have been implicated as factors, his motives were never clearly determined.

Netflix’s new docuseries, “Killer Inside: The Mind of Aaron Hernandez” makes a strong case for drug addiction being a primary motivator for the killer. Not only was Hernandez’s use of Toradol emblematic of the destructive and sanity-harming pressures that competitive athletes face, but his drug addiction itself likely affected his behavior.

Toradol and marijuana, which were Hernandez’s primary drugs of abuse, do not directly lead to violent behavior. However, the state of addiction itself and drug-seeking behavior can alter a person’s priorities, impulse control, and ways of relating to other people.

Days Before His Death

On April 19, 2017 Aaron Hernandez took his own life. He was in prison at the time for first-degree murder. However, it wasn’t until a year later that the complete story of the days leading up to his death was revealed.

In 2018, The Boston Globe’s “Spotlight” team, famous already for covering sexual abuse perpetrated by the Catholic church, released data that had originally been redacted by prison officials. The Globe reported that Aaron Hernandez had used illegal drugs before his death by suicide. These drugs include K2, which is often known as synthetic marijuana.

K2, which is a kind of synthetic cannabinoid, is designed to mimic the effects of cannabis. Because its chemical compounds are poorly understood and vary widely, K2’s effects are rarely predictable. In fact, according to the National Institute on Drug Abuse, some of the more common effects of K2 are psychotic thinking and suicidal ideation.

Again, it is unclear if K2 led directly to Hernandez’s suicide. Similarly, it is not certain that his abuse of marijuana and painkillers led directly to first-degree murder. What is known, however, is that these effects exert a major effect on a user’s frame of mind. It will never be known for sure if Aaron Hernandez’s crimes and eventual suicide would have been prevented had he received proper treatment for his drug abuse at a Los Angeles sober living near me.